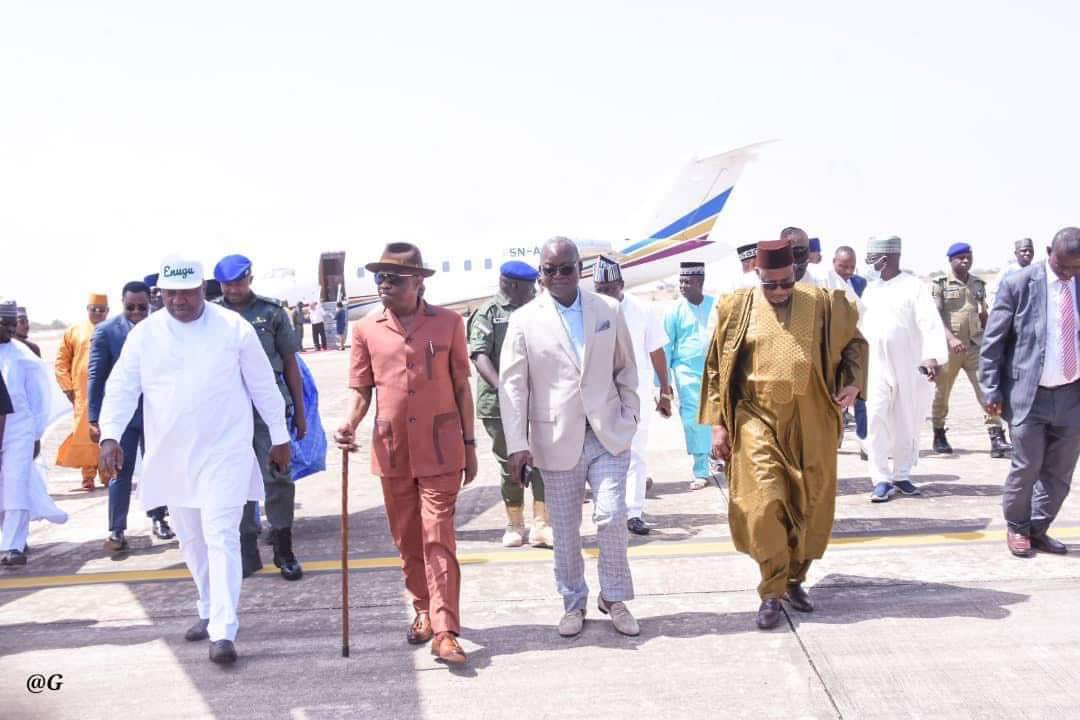 Bauchi State Governor, Sen Bala Mohammed, has expressed that he is connected with the G-5 governors of the Peoples Democratic Party (PDP) presumably led by Rivers State Governor, Nyesome Wike.

The declaration was coming a few hours after the governor led PDP stakeholders from the state to a meeting with the presidential candidate of the main opposition PDP, Atiku Abubakar in Abuja.

Mohammed stated this when the G-5 members visited him at the Ramat House in Bauchi on Wednesday for consultations. 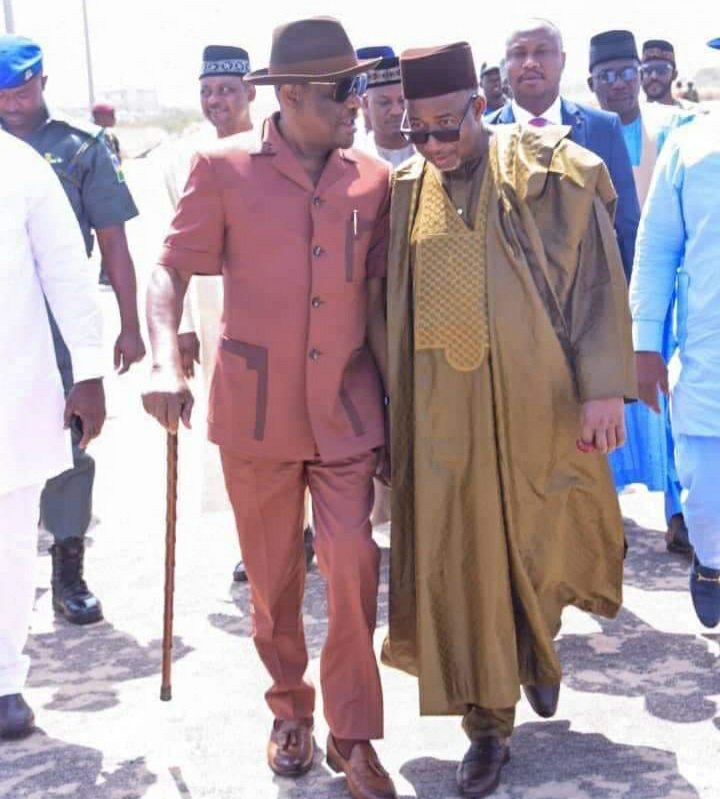 The governor said that: “Today, I am very, very happy to receive my brothers, the governors of the G-5, they call themselves the Integrity Group. I am supposed to be with them but they ex-communicated me for some reasons best known to them, but I am highly connected with them.”

He stressed that “each and every one of them, there is hardly a day I don’t call them, because, in politics, you go with the people with whom you share something in common.”

According to him, “this presidency that we ran, which my brother (Wike) lost and he defeated me, has brought us very close and of course at the Governors Forum.

“One thing I appreciate about them is that they are concerned with your challenges, though all of them are not running for a second term, they are always worried, their own particular ideas may be slightly different from my own but expectedly I bear and feel their pains as much as they do in my own pains, we share so much in common.” 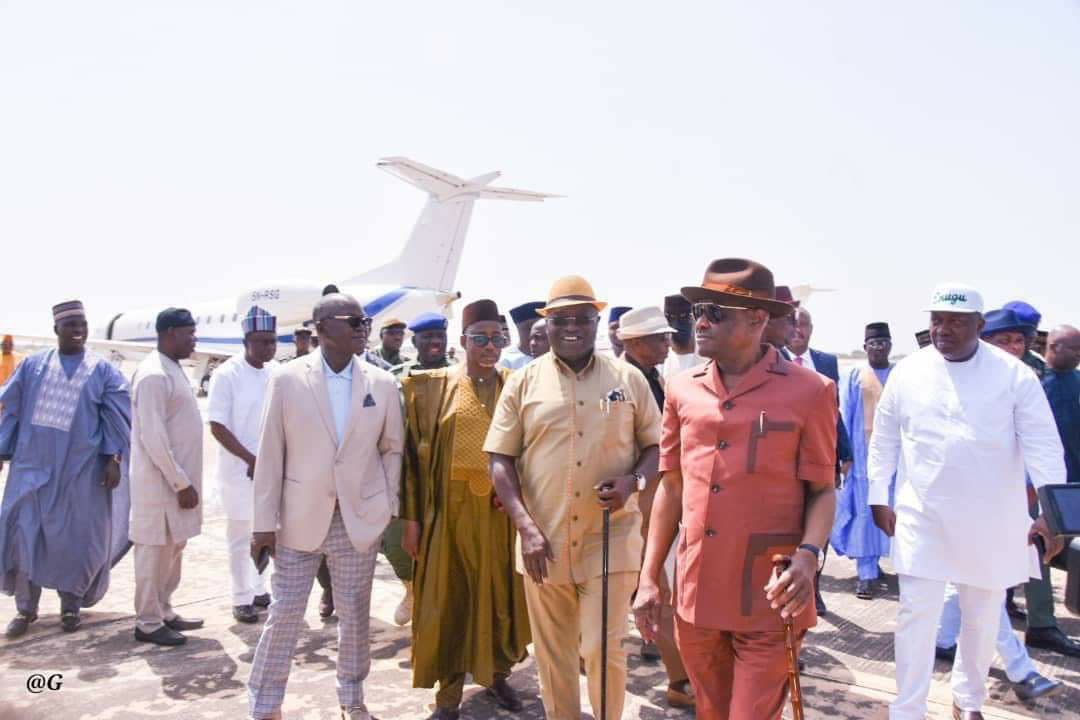 “But when you know that you have people behind you, of that stature, caliber, you feel secure because there is hardly anything we can do better than what we have done before.

“Especially for those that are not going for a second term, for me, I feel that I have done well for the people, I am not the only one created on the surface of the earth from this area in Bauchi, I have left legacies and landmarks.

“Now that they are here, I will have the opportunity of confiding to the people I believe I can confide in, some of my worries, my fears, and that of my state.

“So, I am happy that you came because some of those things cannot be said on the phone but as PDP members from the same family I see you as my fellow comrades in this journey of life. Thank you most sincerely for taking the time to come for a show of solidarity.”

Earlier, Nyesome Wike said that “Let me first correct an erroneous impression. I am not the Chairman of the G-5 (Integrity Group), our leader Dr Samuel Ortom of Benue State only allowed me to run the show on his behalf.

“And to apologize that the Governor of Oyo State, Seyi Makinde is not here, he traveled to the USA on Monday night but he is here in spirit though physically absent.”

Wike then declared that “we are here to solidarise with our brother in Bauchi state, Sen Bala Mohammed who is running for a second tenure, to see how things are going, how he is faring and see in what areas we can come in to assist and support his aspiration.

“Everybody knows that I lost the presidential ticket of the party but I defeated Sen Bala Mohammed, so we are here to fraternise with him and discuss issues of synergy and support.” 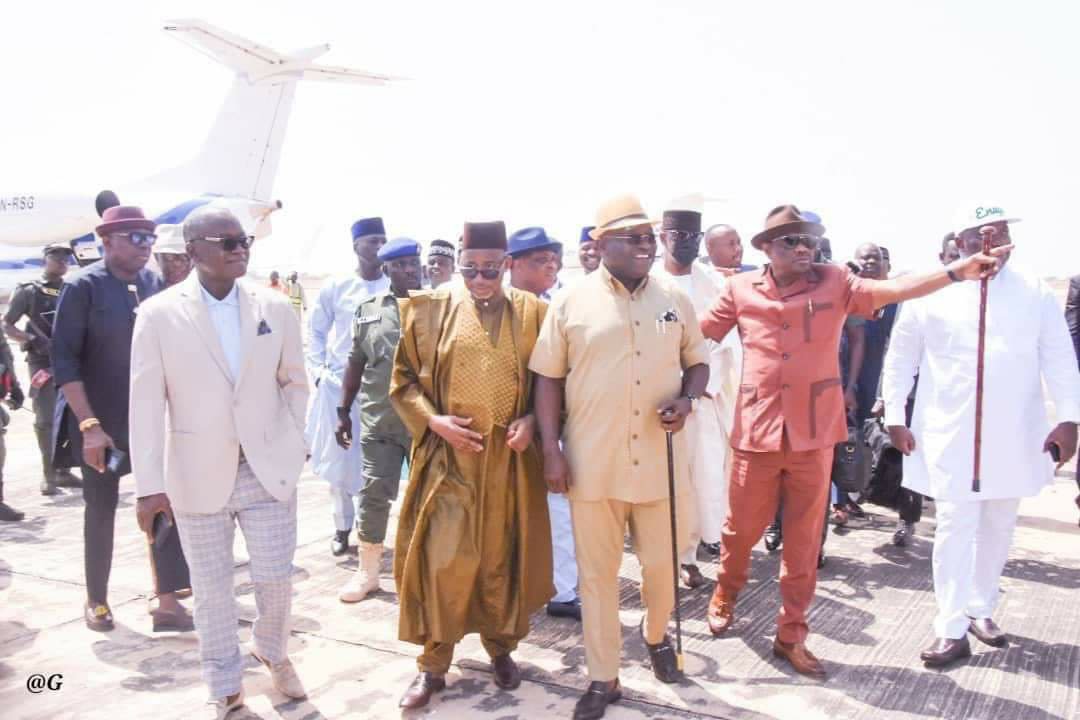 Advertisement
Related Topics:2923: I am connected with G-5 governorsthough they excommunicated me ― Bauchi gov
Up Next

Tinubu: Atiku’s Camp Reacts Release of Certified True Copies of Drug Dealings by the US