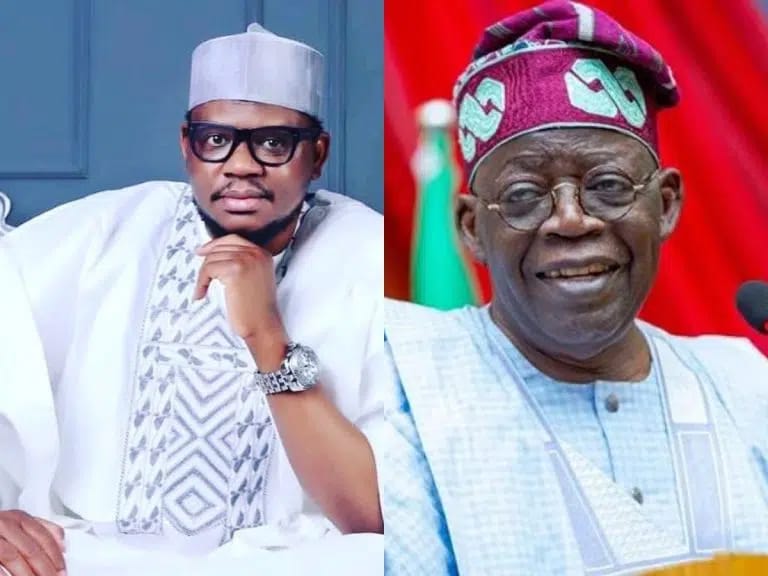 Former presidential aspirant Adamu Garba has refuted claims that the All Progressives Congress (APC) Arewa Concerned Forum has disassociated itself from the party and Tinubu/presidential Shettima’s campaign activities.
According to Track News, Dino Melaye, the spokesman for the Peoples Democratic Party (PDP) presidential campaign council, shared the statement on his Twitter page on Tuesday night, mocking the APC.

Motion Power
The statement, signed by national chairman Bello Lawan and national secretary Sadius Suleiman, claimed that all campaign activities in the 36 states, including the nation’s capital, FTC, have been halted until further notice.

It also revealed that the Arewa Forum has backed down from its earlier promise to give Tinubu 6 million votes.

However, Adamu Garba, in response to the statement, described it as typical blackmail and advised people not to fall for it.

“This is typical blackmail, and we should not succumb to it,” he wrote. If we allow this to continue, we will simply create a new blackmail market for every opportunist. A case in point is the 800s Viking alliance with King Ecbert of Wessex. We should press on with our campaign and avoid blackmailers.”

Advertisement
Related Topics:Adamu Garba Speaks Out Against Tinubu's Campaign Activities At The Arewa Forum
Up Next

ATIKU WARNS WIKE, OTHERS, SAYS ‘DUMPING ME WILL END YOUR POLITICAL CAREERS’

2023: Shameful for Buhari to hand over power to opposition party – APC chair, Adamu