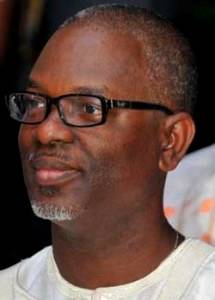 Arabambi stated in an Abeokuta statement on Wednesday that Oshuntokun cannot be trusted with such a position due to a number of factors, including divided loyalty, deliberate falsehood, and political infraction.

“From available record, ZLP has its own Presidential and Vice Presidential Candidates. So how then will he be leading our party campaign from another party”.

“We are also certain that Oshuntokun has not resigned from ZLP, nor has he obtained a Court order from a competent Court of jurisdiction to remove his name from the INEC list, as the 90-day period for political parties to substitute candidates has expired,” Arabambi said.

“He is now presently the Ekiti Central Senatorial candidate of Zenith Labour party, meaning that he is contesting against Peter Obi and Labour party on February 25th 2023. So, which interest will he be serving at the Presidential Campaign Council”.

“The costly mistake made by LP to have picked Oshuntokun among arrays of eminently qualified and dedicated members of the party may have a devastating effects on the victory of our candidate, His Excellency, Peter Obi and Ahmed Datti if we fail to act now”.

Dr. Arabambi went on to say,

“For some of us that is neck deep in ensuring that we have a new Nigeria under the headship of Peter Obi as the President, we will not have option but seek legal means to remove Oshuntokun as our campaign DG if he fails to throw in the towel within four days”.