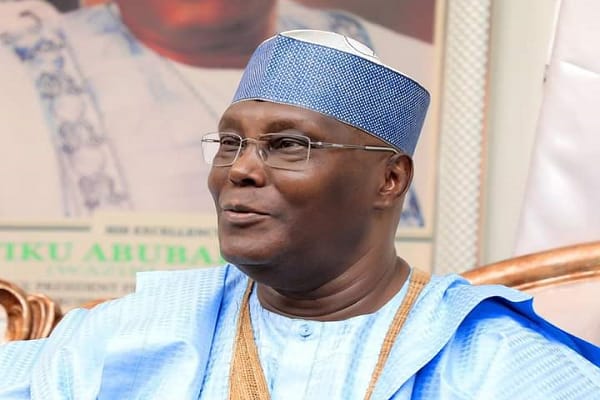 He stated that Atiku and his running mate, Delta State Governor Ifeanyi Okowa, were committed to restructuring and resource management.

Dagogo, in a statement issued on Friday by his Special Adviser, Media and Publicity, Ibrahim Lawal, said Atiku’s campaign had further justified the people of the South South and other geopolitical zones of the country’s support and confidence in his leadership qualities.

He described Atiku as dependable and a man of integrity who has consistently followed through on his words.

“One of the problems that has bedevilled our country in recent times is the need to address the restructuring threat and that of resource control, which is critical to the people of the Niger Delta and other regions in the country with natural resources,” he said.

“For the first time in our country’s history, we have a candidate vying for the highest office who is willing to confront those issues head on.”

“To demonstrate his commitment and readiness, he assembled legal experts to draft the restructuring amendment bill in collaboration with major and critical stakeholders from the various geopolitical zones.” That bill is ready to be presented to the newly elected National Assembly, the 10th Assembly.

“By itself, this proactive move has alleviated the concerns of a large proportion of the people in the South South, in particular, and other geopolitical zones in the country with natural resources.” People want a leader they can trust, who is not lacking in integrity, who understands their pains and problems, and who has the wand and political will to address them.

“Alhaji Atiku Abubakar has done all of this and more.” Atiku will receive a majority of votes in the South South, as well as other zones in the country, based on policies that will benefit the people. In Rivers State, he will be re-elected with a landslide.”

Advertisement
Related Topics:according to Rivers Rep.Atiku is a man of integrity
Up Next