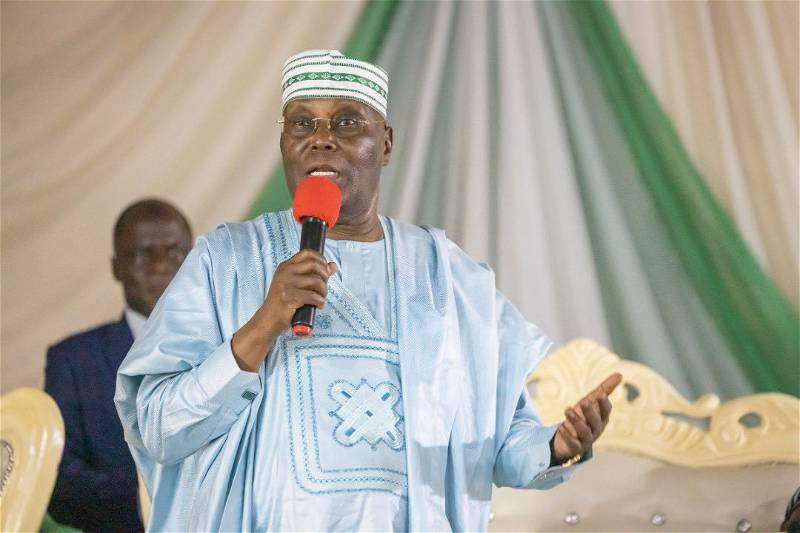 He said the economic blueprint captured in his manifesto titled “My Covenant With Nigerians” was carefully crafted as an antidote for the nation’s socio-economic and political challenges.

Aniagwu who stated this on Arise News said the All Progressives Congress APC-led government at the centre had so poorly mismanaged the economy with food inflation soaring to 23.72% in October 2022.

He said Atiku has the ability to headhunt for talents that could solve the nation’s multi-faceted challenges.

“Atiku’s economic policy is primarily to bridge the disparity between the have and have not in our country and to attempt to pull many Nigerians out of the poverty bracket.

“Atiku intends to do this by investing massively in the power sector which will help in reactivating the economy, reducing the size of government particularly at the federal level which is over bloated.

“He intends to channel such savings from the recurrent expenditure to capital expenditure to finance more infrastructural projects which will have more effect on the populace.

“Atiku is very concerned about the multiple forex regime and the non development of ports in eastern part of the country.”

He said another prominent feature in the Atiku’s economic policy document was to galvanise private sector participation in revamping a number of key industries that would create employment for our teeming youths.

Aniagwu who is also Delta State Commissioner for Information, said the Atiku-Okowa administration would implement the Oronsaye report to ensure efficiency and effectiveness in governance.

He further allayed fears on the disagreement between the party and the G5 leaders, adding that the PDP will win the 2023 election because Nigerians cannot afford a return of the APC that had mismanaged the nation’s economy and security architecture.

“Atiku understands the need to realign the party’s structure and offices but the timing is the issue. The presidential candidate is on the verge of resolving the lingering and critical issues with the G5 governors.

“The differences are being sorted out and you can see everyone is on the same page. We have made a lot of progress because the G5 are more determined for the party to win the next presidential election apart from the fact that most of them are still contesting in the party,” he added.

Related Topics:Atiku’s economic policy will bridge poverty gap in Nigeria – Aniagwu
Up Next

Do your bit, I have done mine – Peter Obi breaks silence on Soludo’s comments

Tinubu mocks Atiku, the PDP at the APC campaign launch.