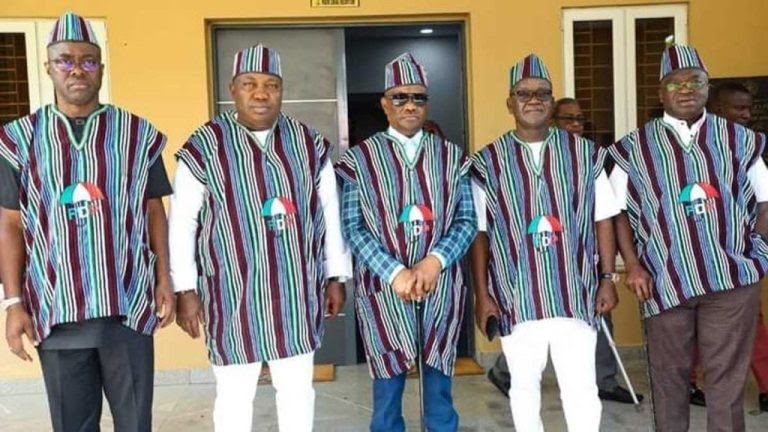 The Abia State Coordinators of the Atiku-Okowa presidential campaign have pledged to give former Vice President Atiku Abubakar the entire state in the 2023 election.
According to Track News, they made this pledge despite Governor Okezie Ikpeazu’s alliance with Rivers State Governor Nyesom Wike, who is at odds with Peoples Democratic Party (PDP) presidential candidate Atiku Abubakar.During a meeting Thursday in Umuahia, the state capital, Atiku’s men vowed to deliver massive votes for Atiku.While promising to work for all PDP candidates in the upcoming general elections, the Coordinators stated that “Abia has been a stronghold of the PDP since 1999,” and that “any opposition will find it difficult to make inroads into the state.”Charles Ogbonnaya, a former Commissioner for Local Government and Chieftaincy Affairs and the State Co-ordinator of the Atiku Campaign Council, believes Atiku is ready and experienced to lead Nigeria out of its current state.He believes Atiku is superior to APC presidential candidate Bola Tinubu and Labour Party presidential candidate Peter Obi.Dr. Eme Okoro, a former Secretary to the State Government, solicited support for Atiku, expressing confidence that if elected in 2023, he would re-fix Nigeria.Okoro advised Ndigbo not to be sentimental about the upcoming elections, but rather to vote wisely.Earlier, the media head of the council, Hon. Kingsley Megwara stated that Atiku’s presidency would greatly benefit the South East, arguing that Atiku has done business with many Igbo over the years.He also stated that “for the time being, the numbers are adding up for Atiku more than any other presidential candidate.”

Related Topics:Atiku's Men Promise To Take Abia From IkpeazuWike's Grip
Up Next