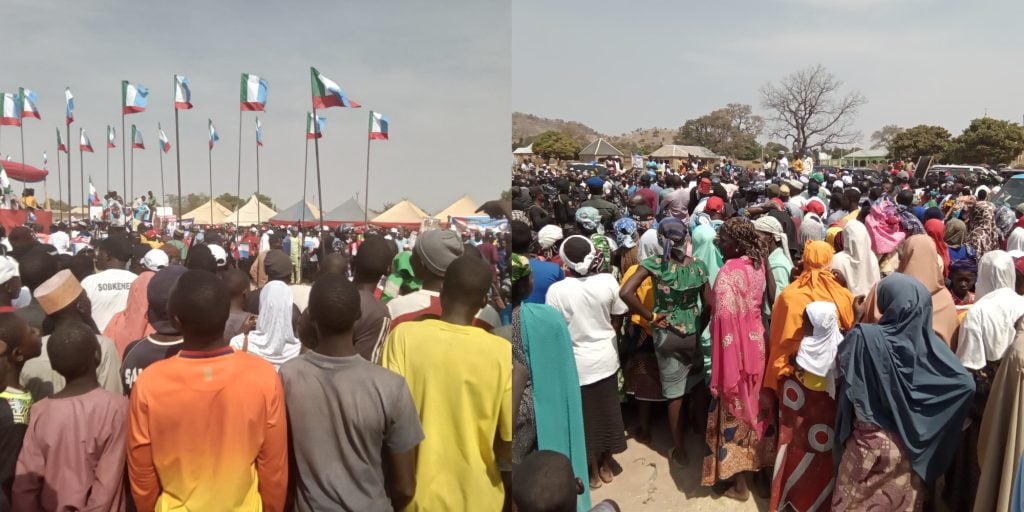 The governorship candidate of the All Progressives Congress, APC, in Adamawa State, Senator Aisha Ahmed Binani, has started her community-level campaign with a renewed appeal to the womenfolk.

Binani who had won the APC guber ticket last year by relying massively on votes from women delegates said on Tuesday that as a woman and a mother, she could be trusted to live up to her promises.

Speaking to the crowds who gathered in communities around Toungo and Ganye local government areas to receive her, Binani emphasised that as a woman, she will serve them truthfully.

Urging the people to beware of politicians and candidates for political offices who come round to make promises to them only to promptly forget such promises, Binani said: “Don’t listen to politicians who come only to deceive you. Trust me because what I say I will do is what I will do.”

She said she would make a priority of the welfare of the people, and that she would make skills acquisition centres of the state functional so that everyone can learn skills and create wealth for themselves.

A community leader who spoke during Binani’s stopover in Kiri, a village in Toungo LGA, Alhaji Mansur Toungo, said his people would vote for Binani in view of her services to her people while she was a House of Representatives member and now as a senator.

Mansur Toungo told Binani: “We know you to have empowered your people and provided social amenities for them since you have been in the National Assembly, so you can be sure that we will vote for you

Related Topics:Binani begins guber campaign with renewed appeal to womenfolk
Up Next