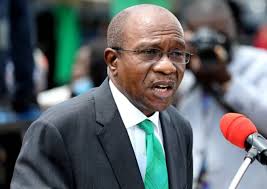 The Coalition of United Political Parties (CUPP) has once more hailed the Governor of the Central Bank of Nigeria (CBN), Mr. Godwin Emefiele over the decision of the apex bank to redesign some denominations of the country’s currency.

The CUPP noted that the initiative from the central bank was vital and would help ensure credible elections in 2023.

The spokesperson of CUPP, Ikenga Imo Ugochinyere, in a statement yesterday, said the redesigning of the naira would be a major setback for illicit transactions and vote buyers who had already stashed cash for the forthcoming elections.

The CUPP in what it described as an “outstanding contribution to free, fair, credible, acceptable, and inclusive elections,” by the CBN, however, alleged of a plot to scuttle the naira redesign policy by the House of Representatives through a ‘Currency Change Procedure Amendment Bill’ before the House.

According to the opposition parties, the primary aim of the proposed bill at the House of Representatives was to scuttle the CBN policy and stall the redesign of the naira currency.

He further alleged that politicians want to buy time to use their stacked-up cash for vote buying in the 2023 elections.

The statement read: “The redesigning of the naira currency policy is a welcome one and has come to stay for the clean-up and development of our electoral processes.

“The CUPP maintained that those who have looted Lagos state treasury over the years and now own naira warehouses now want to use the stashed cash to buy power into Aso Rock just the way they purchased their party’s presidential ticket,” stressing that the opposition would support the CBN not to shift the January 31st deadline date for the current note to cease to be legal tender.

“The coalition also called not the Senate not to concur in passing the Bill and also urged the president where in the unlikely event the National Assembly members betray the people, not to sign the bill into law.

“The godfathers behind this bill have made handsome provisions to procure the support of majority of the members of the National Assembly.”

Meanwhile, the Arewa Economic Advancement Promoters (AEAP), a group which monitors the economy of the north, has declared Emefiele as it’s man of the year.

The group in a statement yesterday, praised the CBN governor for redesigning some naira notes, due to be circulated on December 15, and for funding agriculture, Small Scale and Medium Enterprises (SMEs) in the north.

The statement jointly signed by acting chairman of the group, Abdullahi Muhammad and the Director, Strategic Communications, Nasir Dambatta described the redesigning of the N200, N500 and N1000 notes

as the right step towards addressing inflation and the continuous depreciation of the naira.

The statement noted that those opposed to the policy were doing so either out of ignorance or for political reasons.

The group said the policy would address liquidity problems and financial crimes in the country.

“It is unacceptable for Nigeria to allow 80 per cent of badly-needed cash outside the banking system which has damaging consequences on the nation’s economy”, the statement said.

While commending President Muhammadu Buhari and the senate for backing the initiative, the group said, “The CBN should be allowed to follow this process up to the point of regaining full control over money supply.

“This is necessary, at least in view of our worrisome inflation, which reached 20.7 per cent in September 2022, according to media reports.”

The AEAP noted that the CBN governor had admitted that as at September 2022, the Nigerian banking system had N3.23 trillion in circulation and that N2.73 trillion of the amount was outside the banking system or hidden at home by some citizens.

“Our independent investigation has confirmed that the CBN wants to first and foremost to mop up that N3.32 trillion back into the system to enable the apex bank take control of money supply again and begin to see how such a strategy will help rein in inflation,” he added.

The group urged Nigerians to support the policy in order to address some of the economic challenges facing the country.

The statement dismissed those questioning the legality of the policy, maintaining that the CBN acted within limits of its monetary policy powers, as it relied on section 2(b), section 18(a), and section 19(a)(b) of the CBN Act 2007 and duly sought and obtained the approval of President Muhammadu Buhari to proceed with redesigning and circulation of N200, N500, and N1,000 notes.”

The group further said it aligned itself with the position of the Chairman of the Senate Committee on Banking, Insurance and other Financial Institutions, Senator Uba Sani, that the CBN’s action would address currency counterfeiting, boost economy and enhance monetary policy as well as curb terrorism financing and other financial crimes.

“We also hereby announce our willingness to voluntarily join stakeholders in redoubling efforts towards sustaining the tempo of public enlightenment on Naira Redesign and related issues.

“As a group, we hereby declare the CBN Governor, Dr. Godwin Emefiele our Man of the Year for the trillions of naira agricultural support funds and empowerment of owners of Small Scale and Medium Enterprises in our region and indeed Nigeria.

“It is heartwarming to many discerning observers, that the current CBN management has done its best towards funding support for agriculture, Small Scale and Medium Enterprises( SMEs) in Northern Nigeria more than ever before in the region’s economic history”, the group said.

Related Topics:Alleges Move By Lawmakers to Scuttle InitiativeCUPP Lauds Emefiele on Naira Redesign
Up Next

We Only Received N14.7bn as 13% Derivation, Says Delta Govt

Obi to Nigerians: I’ll Be in Charge of Nigeria, Hold Me Responsible