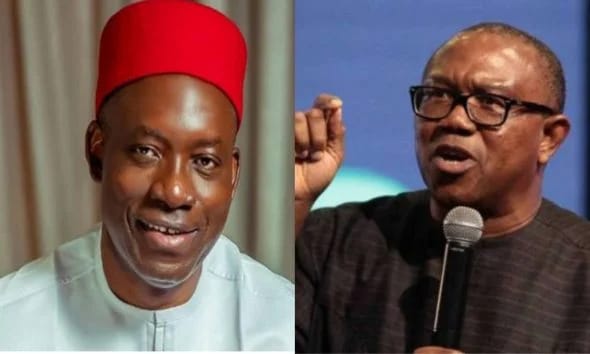 Peter Obi, the Labour Party’s presidential candidate, has responded to the recent attack on him by Anambra State Governor Charles Soludo.

According to the Track News, Soludo attacked Obi, his predecessor, on Monday, saying he lacks the ability to win the February presidential election.

The development sparked criticism from LP supporters who believe Soludo’s outburst was unnecessary.

Obi, who spoke on Tuesday at the 2022 Lagos Business School (LBS) Alumni Conference in Lagos, responded by saying Soludo is still his brother.

“Soludo remains my brother; we are very close,” Obi says. I will continue to pray for him. God has given him the opportunity to succeed in other areas where I failed.

“So, if there is anything outstanding, governance does not end; people are still in government in America, so you stop where you will stop, and others will continue from there.”

“He is the governor of the state; he is my senior brother; he is even smarter than me because he is a professor, whereas I am a trader, so he knows more and will be able to do things better than I am.”

“I’ve done my little bit as a trader, and now that the professor is there, he’ll do his bit as a professor; the schools I didn’t roof, he’ll roof; that’s how government works.”

Advertisement
Related Topics:Do your bitI have done mine – Peter Obi breaks silence on Soludo’s comments
Up Next