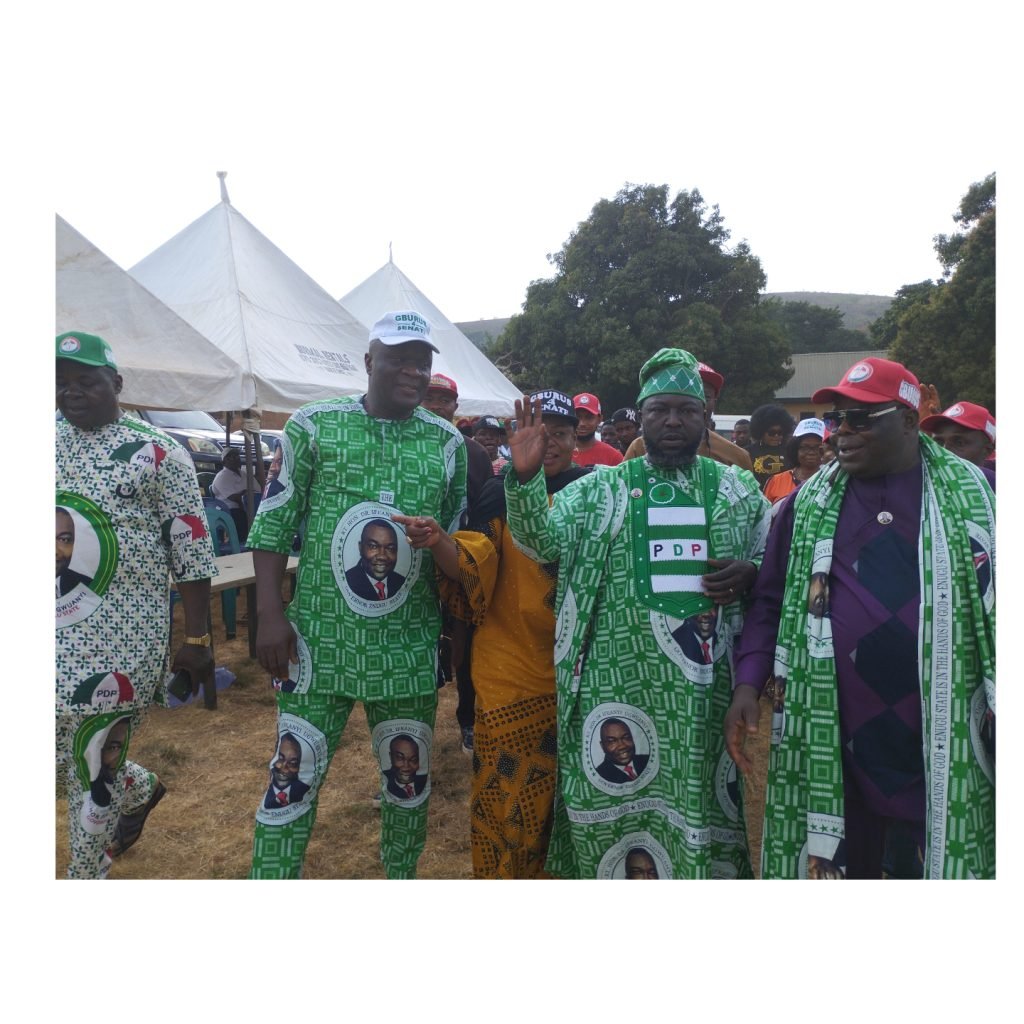 The people of Onyohor community in Igbo-Etiti Local Government Area of Enugu State have assured Governor Ifeanyi Ugwuanyi of their total support ahead of the 2023 general elections.

Speaking when the Enugu North Senatorial Zone PDP Campaign Council visited the area, the various speakers described the governor as a friend of the community.

They lauded the Ugwuanyi administration for the first ever intervention work on the community’s road, appealing for an extension of the project.

Those who spoke included the PDP chairman in the ward, Mrs. Odoh Anthonia, as well as the councillor representing the ward, Hon. Charles Odoh.

“Your visit today will send a very good signal to the average Onyohor man that you are not going to leave us behind when you get to the red chamber.

“We thank you for what you have been doing in our dear State since you assumed office in 2015.”

They assured the governor that over 90 percent of their votes would be delivered to him and the other PDP candidates, stressing that “your senatorial election is our project and we all work for its success

2023: Only Aregbesola can decide our political direction – Osun APC group