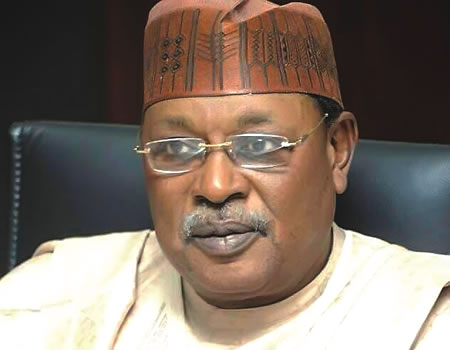 A former Deputy Governor of Jigawa State, Ahmad Mahmud has vowed to end the era of the All Progressives Congress (APC) in the state.

This is coming days after Mahmud dumped APC for the Peoples Democratic Party (PDP).

Mahmud stated this while reacting to Governor Mohammed Badaru’s statement that he (Mahmud) is not reliable.

Badaru during a political rally further stated that APC will send the PDP to its early grave in 2023.

The former Deputy Governor in his reaction said, “I want to assure you that tsunami will hit the ruling APC.

“I have already contacted my political allies and other good people of Jigawa state in APC, all have accepted to dump the party and join PDP in order to salvage our dear state.”

Mahmud noted, “In the last eight years APC has destroyed all the foundation of peace and progress Jigawa state had built.”

He claimed that the ruling party has taken the state backwards, adding that Jigawa is on the brink of total collapse.

Mahmud added, “APC and its clueless leaders had deceived me and other people of the state with empty promises, today everyone has known APC to be a collection of unpatriotic, greedy, and self-centred people, therefore no one will trust them again.

“My stay in the APC was full of pains and agonies, whenever I saw how my dear state was deteriorating as a result of poor policies and bad governance, I shade tears.”

He promised to work with PDP members and the good people of the state to ensure that the party wins in 2023.

Related Topics:Ex-Deputy Governor Vows To End APC Reign In Jigawa
Up Next

Key issues next President must address, by Obasanjo