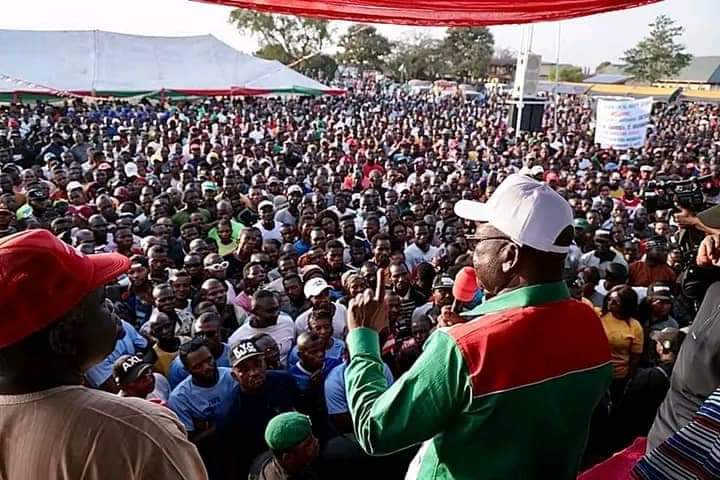 Benue State Governor Samuel Ortom is confident that the Peoples Democratic Party, or PDP, will retain all of its elective positions in next year’s elections.

Governor Ortom stated this on Monday, November 14th, 2022, at the launch of the Benue North-East Senatorial campaign for Senator Gabriel Suswam’s re-election.

The Governor stated that the large turnout of supporters at the flag-off ceremony demonstrated that the people of Zone A Senatorial District are ready to vote for all PDP candidates.

“It is very clear with the crowd we are witnessing here that Kwande will again massively vote for PDP,” he says. It suggests that Zone A, which includes seven local government areas, will vote overwhelmingly for the PDP. And I am confident that Zones B and C will continue to be PDP strongholds in Benue State.”

The Governor also claimed that the PDP faced difficulties in the state during the 2015 election when he defected to another party, but that the PDP has since returned to winning ways.

“I am aware that in 2015, PDP had problems when I left PDP for APC, and because of the APC’s misrule in Nigeria, I returned to PDP, and we have occupied the space in Nigeria and in Benue State since then,” Ortom said.

Governor Ortom thanked the people for turning out in large numbers for the flag-off ceremony and assured them that “we will continue to work together” for the good of the state.

“We believe in the unity of purpose,” he said emphatically. We believe in collaboration, which is why you see Senator Suswam, myself, Senator Abba Moro, and all members of the state House of Assembly and National Assembly here. I want to assure you that, by the grace of God, the PDP will win the election in 2023.

Advertisement
Related Topics:Gov Ortom expresses confidence that PDP would retain all its elective positions in next year’s polls
Up Next