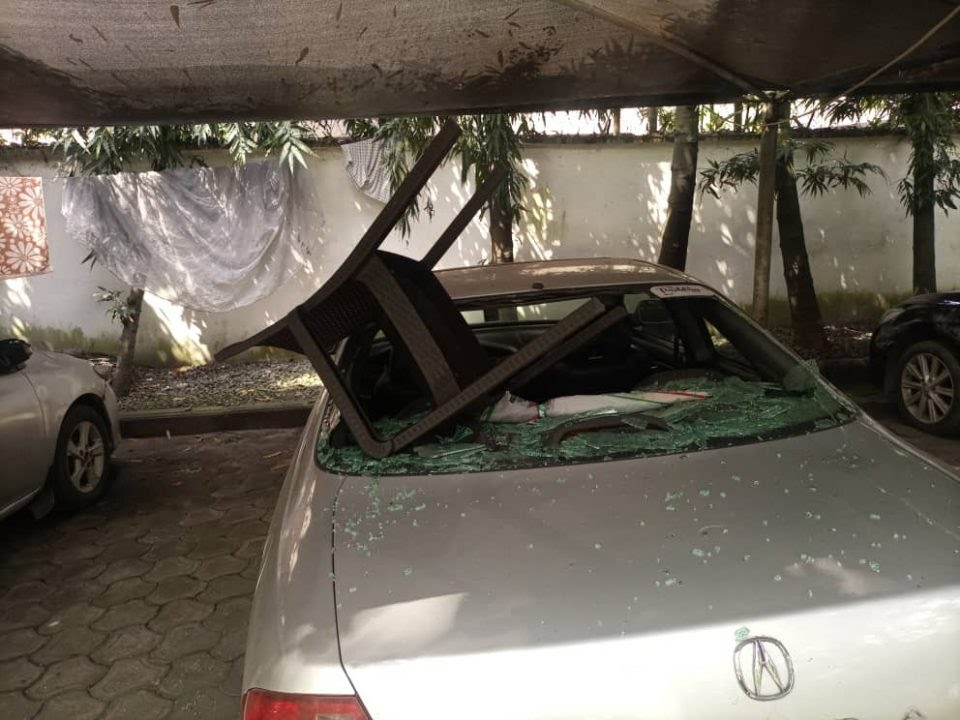 According to witnesses, the hoodlums who attacked the senator’s home in Port Harcourt’s GRA, Phase 3 axis, on Thursday morning came from a nearby street and shot sporadically at his entrance before eventually breaking in.

Gunmen attack the Rivers PDP Campaign Chairman’s home.
Five cars, including a jeep, were allegedly destroyed, while three people in the compound, including Maeba’s relative, fled for safety.

“This morning, about 200 hoodlums loyal to Governor Wike attacked Senator Lee Maeba’s residence.” “They destroyed vehicles and injured some of the occupants,” according to the source.

The party has been factionalized since Governor Wike lost the party’s presidential ticket to former Vice President Atiku Abubakar.

This followed the governor’s allegations that the PDP’s National Chairman, Senator Iyorchia Ayu, manipulated the process to favor Atiku, a fellow northerner.

He then asked Ayu to resign, but the national chairman has refused, sparking a crisis within the party ahead of the 2023 general elections.

The Rivers government, led by Wike, had previously revoked Maeba’s ownership of a landed property in Port Harcourt.

When contacted, Deputy Superintendent of Police Grace Woyengikuro Iringe-Koko, the state police command’s spokesperson, stated that she was unaware of the incident.

According to sources, as of the time of this report, operatives from the Department of State Services and police officers, along with the senator, had returned to the residence.