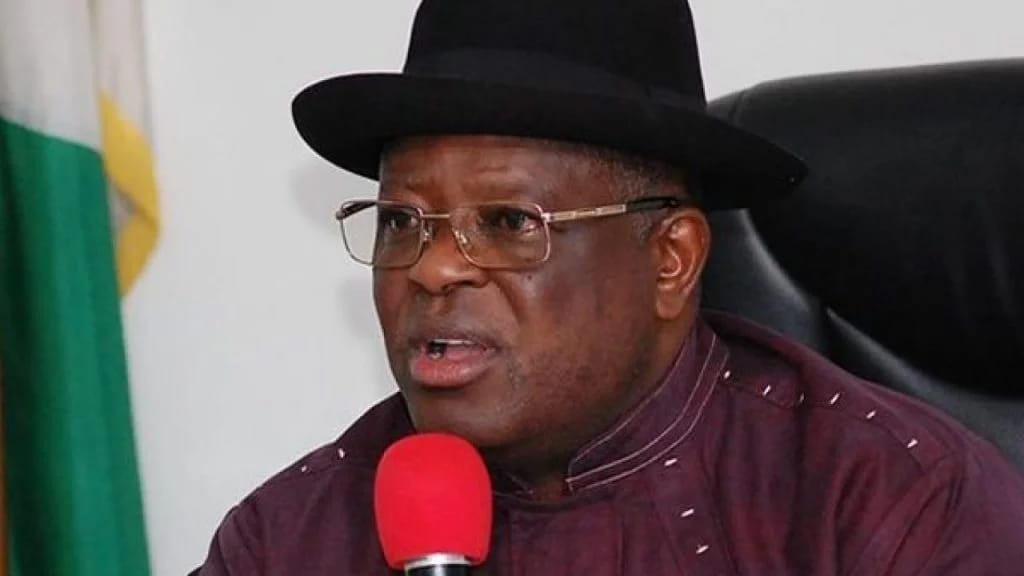 Ebonyi State Governor, David Umahi has said he has no apologies to Ndigbo for affirming to be Obidient to the Presidential candidate of the All Progressives Congress, APC, Bola Tinubu.

The Presidential candidate of APC, Tinubu is running a Muslim-Muslim ticket with Kashim Shettima, wherein the Christian communities in the country are kicking against it.

Recall that Umahi defected from the Peoples Democratic Party, PDP, to the ruling All Progressives Congress, APC, on the ground of incessant marginalization of the South-East geopolitical zone by the PDP, especially on denying Ndigbo the chance of producing the President of the country from Igbo extraction.

Track News reports that Umahi, who said he has no apologies for declaring support for Tinubu-Shettima, made this known during in a town hall meeting involving all traditional rulers, political leaders and elders council of the State with the presidential candidate of APC, Tinubu, at the new government house, centenary City Abakaliki, capital of Ebonyi State.

The governor stressed that he has no regret for declaring support for Tinubu-Shettima Presidential ambition and for defecting to the APC.

According to him: “Everywhere you go in Ebonyi State is APC. We are only Obidient to you Bola Tinubu. We have no apologies. I’m speaking any how because I’m standing on our performances that we have achieved in Ebonyi State

APC chair, Adamu claims that Nigeria not yet ripe for BVAS, IReV