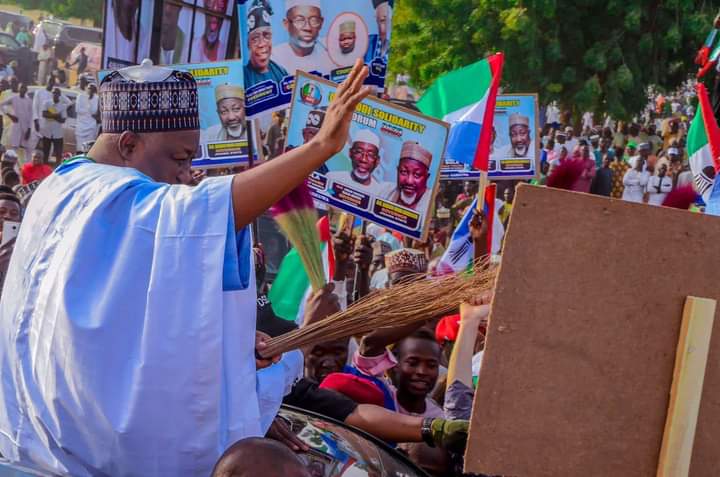 Jigawa State Governor Muhammad Badaru Abubakar has promised to give the All Progressives Congress, APC, presidential candidate Asiwaju Bola Ahmad Tinubu 100 percent of the vote in the 2023 general election.

Governor Badaru made the remarks on Sunday at the launch of the Jigawa North East APC gubernatorial campaign in Hadejia.

Badaru explained that the event was intended to introduce to the public the governorship candidate, senatorial candidates, and other zone candidates.

Governor Badaru told the large crowd that Bola Tinubu is the only presidential candidate who can save the country from economic hardship and work for its development.

“Based on his track record and experience, I am confident he has plans and policies that will aid in the country’s development,” he said.

He explained that the large crowd sent a clear message to the opposition parties that Jigawa supports the APC and is ready to keep power in the 2023 general election.

APC, presidential candidate, Bola Tinubu urges Nigerians not to give up on the party.