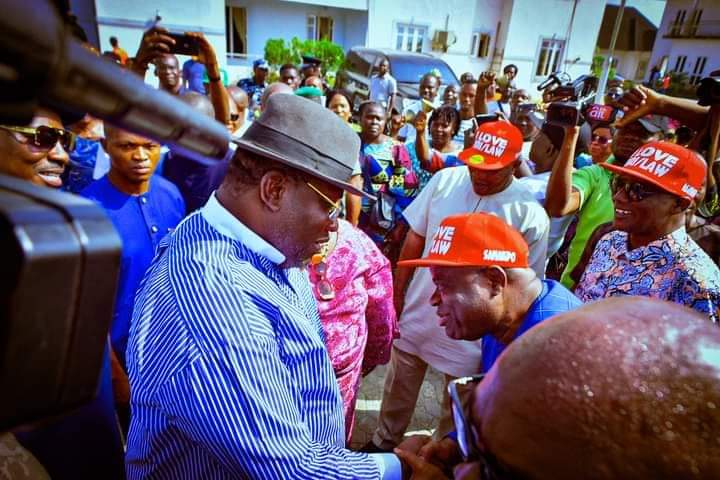 Immediate past governor of Bayelsa State, Senator Seriake Dickson, has expressed satisfaction with the performance of his successor, Senator Douye Diri.

Dickson, who represents Bayelsa West in the Senate, stated this on Monday when Governor Diri paid him a Yuletide visit at his Toru-Orua country home in Sagbama Local Government Area of the state. 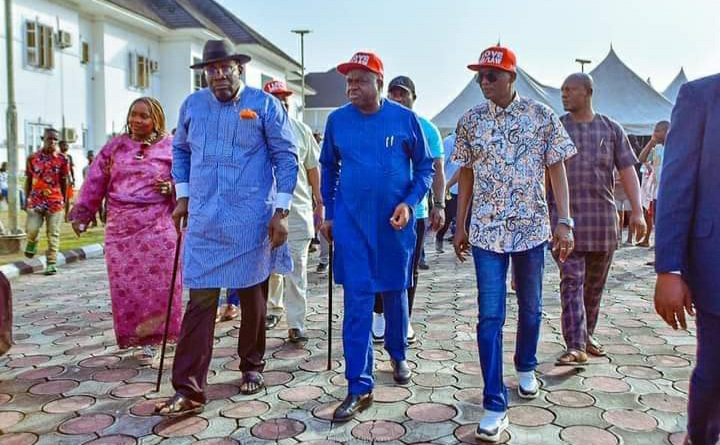 Others were traditional rulers from Kolokuma/Opokuma and top government functionaries.

Dickson said he was very pleased with the governor’s commitment towards completing projects inherited from his administration, especially the Sagbama-Ekeremor road as well as the ongoing work on the two other senatorial roads in Bayelsa Central and Bayelsa East.

He thanked the governor for the visit, which, according to him, was now a tradition as he made a similar visit last year. 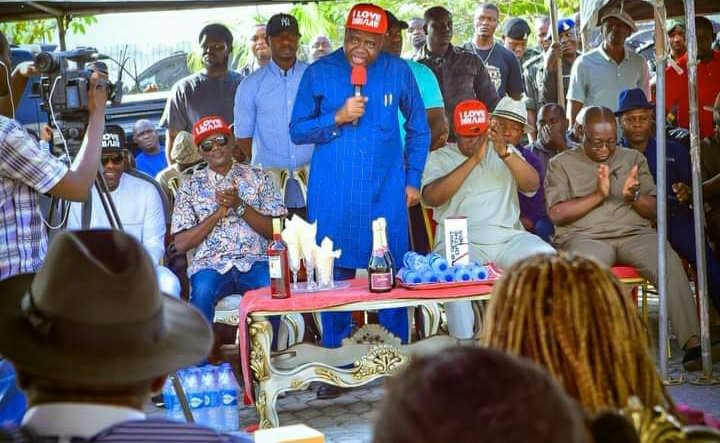 Dickson noted that Diri has pioneered a culture in the state’s political history by recognising and according him much respect, stressing that such positive gestures would be etched in the minds of their political followers.

The former governor cautioned those fabricating rumours of discord between him and his successor, saying this was counter-productive to the political stability of the state.

He said: “Let me say that I am pleased with the work you are doing. With the road projects you have continued, our communities are now being connected. Specifically on this very important project (Sagbama-Ekeremor road) that we toiled for and is a major infrastructure agenda on which we were elected.

“Let me also thank you for your thoughtfulness in pioneering this visit, which for me is a tradition. I recall how the governor made last Christmas memorable for me and we were very pleased to receive you.

“This tradition we have started, I believe it is one of the benefits of the experiments that led to the emergence of this government. An experiment in the sense that after eight years, the governor and the system deciding on succession. Pushing it hard even when they stole it, God gave it back to us.

“In Bayelsa, rumours fly rapidly. I am sleeping in my house and doing my work in Abuja but people are fabricating different stories. I am used to it.”

Dickson further described the governor as a man of experience having served in other capacities before assuming office. He, however, assured that he was still available for advisory roles.

Speaking earlier, Governor Diri said the visit was primarily to consolidate on the bond between him and his predecessor.

Diri stressed that nothing can separate them as leaders, stating that he still counts on the experience of his predecessor even as he called on him not to shy away from rendering fatherly advice whenever called upon.

The governor stated that as a mark of sustaining the legacies of Senator Dickson, his government has continued the construction of projects inherited in a bid to promote continuity in governance.

His words: “This visit, for me, is more like strengthening the bond that I and our leader (Dickson) share. There is nothing that can separate us.

“To buttress that fact, one of the the major projects you took over from the federal government under the NDDC, which is the Sagbama-Ekeremor road, has been going on smoothly under my watch and it remains one of my priority projects to be completed by the government you handed over to.

“Our state will continue to get stronger, more united and we will develop faster and further than when we met it.”

Senator Diri called for a minute silence in honour of the late Senator Inatimi Rufus-Spiff, who passed on on Christmas eve.

Until his death, the deceased was chairman of the state PDP Reconciliation Committee and caucus chairman in Brass Local Government Area.

He was also a former Secretary to the Rivers State Government and one-time Commissioner for Education in Bayelsa State.