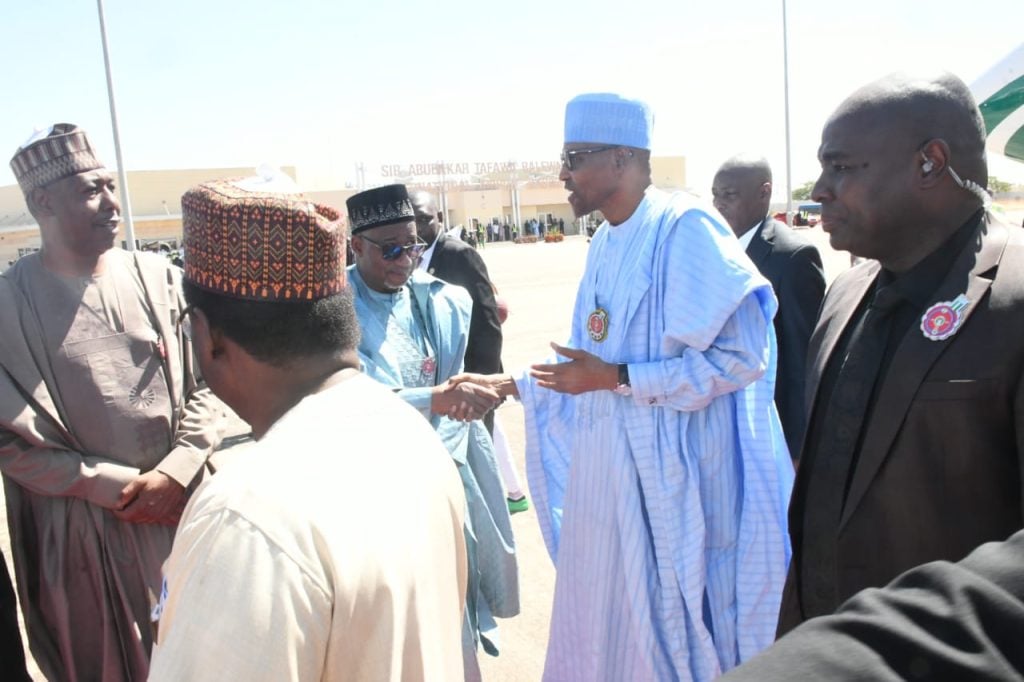 A mammoth crowd of distinguished Nigerians witnessed the historic presidential flag-off ceremony of the Kolmani Integrated Development Project KIPRO of Oil Prospecting Licenses OPLS 809 and 810 at the Kolmani Field Site that straddles Bauchi and Gombe states.

Speaking at the ceremony President Muhammadu Buhari said that the successful discovery of oil in the Kolmani Oil Field has broken the jinx of oil discovery in Upper Benue Trough apart from the Niger Delta.

Muhammadu Buhari said that he directed the NNPC to continue exploration in the North East region to attract investments for economic prosperity in the region and the country large at large.

In his speech, the Group Managing Director NNPC Mele Kyari who thanked the President for his doggedness amidst economic turmoil in ensuring the success of the flagging up of the oil rig said the region would open up socioeconomic development of the country.

Bauchi State governor Bala Muhammad and his Gombe counterpart, Inuwa Mohammad Yahaya said the historic event is a landmark, stressing that there would be no conflict between the two states