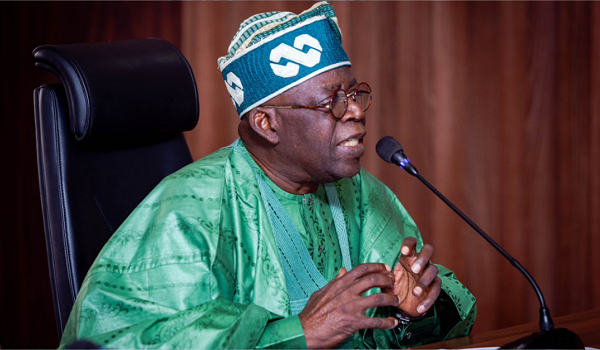 The Association of Lagos State Butchers at the weekend organised a special prayer session for the All Progressive Congress presidential candidate Asiwaju Bola Tinubu and Lagos Governor Babajide Sanwo-Olu.

Its chairman Bamidele Kazeem said he was elated to be a part of the process.

He said Sanwo-Olu has improved Lagos, making it more habitable for residents and deserving of a second term.

The Director General campaign organisation Lagos Senator Ganiyu Olarenwaju stated the sole aim of the prayer was for all candidates of the party to emerge winners.

He said: “Our works these past few days have been more than convincing and this is to show that we have chosen sellable candidates.”

Olarenwaju stated the efforts of Tinubu as Lagos Governor of Lagos and how his template has been followed till now is why he is the man of the people, while also urging Nigerians to obtain their Permanent Voters Cards (PVCs).

Related Topics:Lagos butchers hold special prayers for TinubuSanwo-Olu
Up Next

2023: Wike reveals candidates Rivers will not give vote