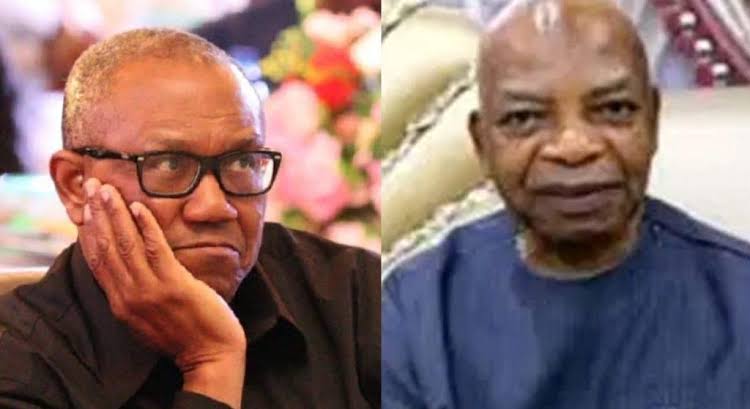 Tracknews recalls that Eze, during the 2022 Ofala festival of HRH Igwe (Dr.) Robert Eze, the traditional ruler of Ukpo in Dunukofia local government area of the State, announced that he told Obi to drop his presidential bid but he refused to listen.

Reacting to Eze’s statement on Obi’s candidacy, Metuh took to Facebook to berate the billionaire.

Metuh warned Eze to stay away from making political statement that might stir up the public.

The former PDP stalwart went on to give a brief history of the trials he faced in his political journey.

According to him, he was rejected by all the influential Anambra politicians in 2008, yet won his election as National Vice-Chairman of my the PDP.

He revealed that the same situation repeated itself in 2012 and he once again emerged victorious as the National Publicity Secretary in the 2013 repeat convention.

“God has blessed you for decades, you have acquired untold riches and unimaginable wealth. Calm down and do not allow political punditry to lead you to infamy and public opprobrium.

“Some of us are now non-partisan and will no longer make public comments on our political choices but then, we are not expected to make certain categorical statements. For indeed, no man is God and no man should attempt to play the Almighty role.

“In 2008, I was rejected by all the Anambra power brokers and yet won my election as National Vice-Chairman of Pdp. In 2012, every major political powerhouse in Anambra fought me and I still won and became the National Publicity Secretary. In the 2013 repeat convention, they ganged up and even attempted to use the court to stop me but God still gave me victory at the convention ground .

“I do not know who will win the 2023 elections but it will definitely not be determined by the usual political crowd who are paid to attend rallies. Check your family, check your domestic staff, check those gainfully employed and fully engaged in public and private employs; they do not attend rallies but they will surely vote. Let the candidates focus on voters not professional rally attendees.

“Finally, please let all the mini Amadioha’s in our land campaign for their candidates and leave that poor man alone.”