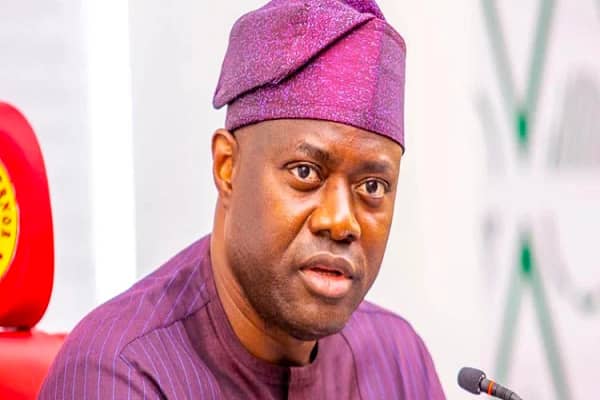 Governor Seyi Makinde of Oyo State has declared that his administration has delivered accelerated development in the last three and a half years, and that his performance justifies his re-election bid.

The governor stated this during a live radio program in which he highlighted the administration’s accomplishments in four service areas: education, security, health, and economic expansion through agribusiness and infrastructure.

According to a statement issued by his Chief Press Secretary, Taiwo Adisa, the governor also stated that if re-elected, he would continue to deliver on his agenda, which he stated would center on delivering sustainable development to the people of the state.

“When I was campaigning for election in 2018, I brought out a roadmap and promised the people that it was meant for Oyo State’s accelerated development,” he explained. Based on our experiences, we have developed another roadmap, this time for sustainable development 2023-2027.”

According to Makinde, his government’s infrastructure development strategy has resulted in the completion or construction of over 500 kilometers of roads.

He stated that, in keeping with the administration’s determination to boost the state’s economy, the government has launched an effort to connect all five zones of the state with high-quality road infrastructure. “All of these zones have their own uniqueness and what they bring to the table for the overall development of the state,” he added.

“So far, we’ve been successful in connecting Ibadan and Iseyin.” We are connecting Ogbomoso to Iseyin, and Oke-Ogun to Igbo-Ora to Eruwa. And we’re connecting Eruwa and Ibadan.”

When compared to the previous administration’s records, which he claimed only rehabilitated a few intra-city roads, the governor said his administration performed well.

He outlined his government’s infrastructure projects, which included the 65-kilometer Moniya-Iseyin Road. At the same time, he stated that work on the Ogbomoso-Iseyin, Oyo-Iseyin, Beere-Ona Ara, Ajia-Airport Road with a spur to Amuloko, Bembo-Apata roads, and the dualisation of the Airport Road are still ongoing.

The governor also explained how his administration has worked tirelessly to expand the state’s economy, including the construction of a 500,000-litre Aviation Storage and Dispensing Facility at Ibadan Airport.

On how the administration has been able to improve the state’s economy through agribusiness, the governor stated that the state has been able to attract massive investments through several policy initiatives and encouragement of an agribusiness-friendly business environment, including the designation of the state as one of the agro-processing zones by the African Development Bank and the construction of the world’s second largest Sorbitol Plant by Psaltery Lt.

The governor also stated that one of his administration’s agricultural success stories is that the state had the lowest food inflation in the country last year. He emphasized how the state government distributed improved seedlings to 10,000 farmers.

“You must have also heard about the youths we sent to Nasarawa to learn about modern agricultural methods,” he said. We’ve also worked with IITA on the STEM program.

“In terms of physical development, the Fasola Farm Settlement has been converted into a farm estate.” Eruwa Farm Settlement is also at stake. You see, the days of the government owning businesses are over, but we can create an enabling environment.

Advertisement
Related Topics:Makinde seeks support for a second term.
Up Next

Why Zamfara NNPP dismantles its structures in order to join APC