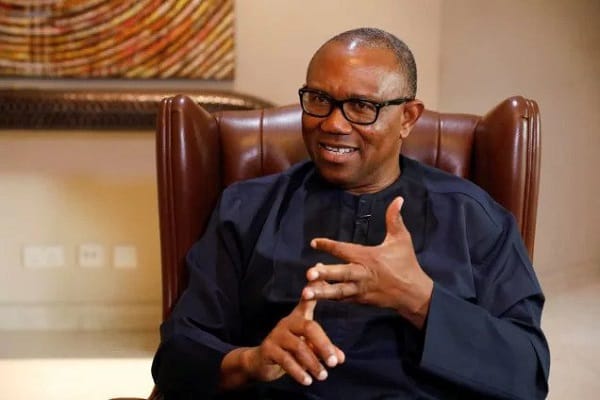 Yesterday, Ohanaeze Ndigbo Worldwide announced its support for Labour Party (LP) presidential candidate Peter Obi in next year’s presidential election.It claims that Obi, as a symbol of Nigerian unity and a beacon of hope, embodies its philosophy.In a statement issued in Enugu by its spokesman, Dr Alex Ogbonnia, the organization stated that it supported the Southern and Middle Belt Leaders Forum’s (SMBLF) endorsement of the Southeast to produce the next president.”The resolve of Ohanaeze Ndigbo Worldwide for the 2023 general election is constant, consistent, and very clear, without any form of equivocation whatsoever,” the statement reads.”First and foremost, according to Nigeria’s zoning and rotation of power principles, which have been in place since 1999, it is the Southeast’s turn to produce the president in 2023.””Ohanaeze Ndigbo has canvassed various eminent Nigerians for their support for the Southeast’s presidency in 2023.””We are encouraged by the responses from various groups and prominent patriotic Nigerians.””Ohanaeze collaborates with the Southern and Middle Belt Leaders Forum (SMBLF), which is led by an elder-statesman, Chief E K Clarke, and includes the Afenifere, PANDEF, Middle Belt Leaders, and Ohanaeze Ndigbo.””In its pursuit of Nigerian unity, peace, and long-term national development, the group has endorsed Mr. Peter Obi as their candidate for the 2023 general elections.””As a result, we stand firm on the SMBLF endorsement.”Ohanaeze stated that it was excited to bring an acceptable commodity to market.”The President General of Ohanaeze Ndigbo Worldwide, Prof George Obiozor, explained that Obi has filled what could have been a very sad gap,” the organization added.”As a result, Obi symbolizes the Nigerian conscience, moral probity, generational hope, redemption epiphany, and, most importantly, the Igbo collective unconscious.””The philosophy of Ohanaeze Ndigbo Worldwide finds cogent expression in Mr. Peter Obi, a symbol of Nigerian unity and a beacon of hope.””It should be noted that Ohanaeze’s support for Obi is based not only on equity and justice, but also on merit, competence, a track record of accomplishments, and the veritable ideas that Obi espouses for a better Nigeria.””A lot has been said about the Labour Party, particularly with regard to Obi, having no structure.””It should be noted that the Obi movement is a massive disruptive reaction to Nigeria’s deplorable pathologies.””The Obi phenomenon is used by people to express their dissatisfaction with the status quo.”It is a revolt against the inequity, poverty, unemployment, corruption, and all forms of vicious circles that have become Nigeria’s trademark.”

Related Topics:Ohanaeze supports Obi for President
Up Next

Afenifere splinter group emerges, opts for Kwankwaso ahead of 2023