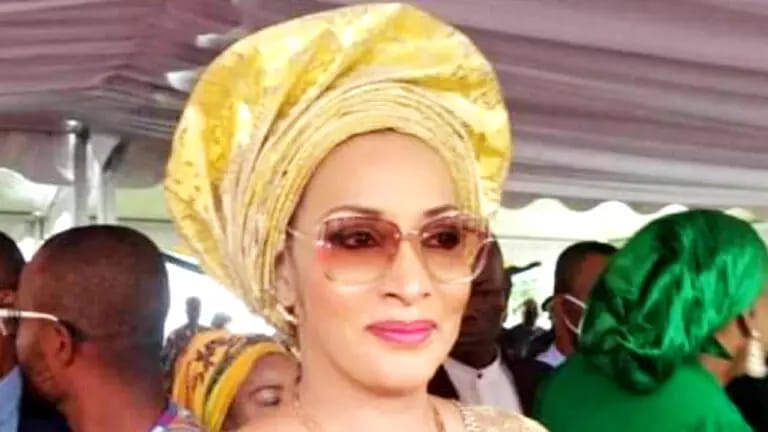 Ambassador Bianca Ojukwu, the late Biafra leader’s wife, has stated that her late husband’s spirit and philosophy are relevant in Nigeria’s upcoming general elections in 2023.

She stated that what her husband stood for and fought for, namely equity, justice, and peaceful coexistence, are critical determinants that will shape the general elections next year.

Ojukwu spoke on Saturday in Owerri, Imo State, at the 11th memorial ceremony for the late Biafran leader, Dim Chukwuemeka Odumegwu-Ojukwu, who led Eastern Nigeria in the 30 month civil war between May 1967 and January 1970 in defense of Nigeria’s invasion of the secessionist Biafra republic.

The memorial was hosted by Ralph Uwazurike, the leader of BIM/MASSOB, and was attended by notable Igbo leaders such as the custodian of Igbo ancestry and the Regent of Nri ancient kingdom, Prince Ikenna Onyenso; former coach of Nigeria’s Eaglets, Fani Amu; Royal fathers, Biafra agitating groups from all parts of former Eastern Nigeria, and many others.

Bianca Ojukwu announced the construction of the Bruce Mayrock Building in memory of a 20-year-old American student who set himself ablaze in front of the United Nations building in New York on May 30, 1969, in protest of the genocide of Biafrans he had never met.

She stated that the memorial was not only for Ojukwu, but for every other Biafran war veteran and family who were victims of the conflict.

“2023 reminds us how much we miss Dim Chukwuemeka Ojukwu.” There is currently a confidence crisis among Igbo leaders. The Igbo now eat their own because they are one man down, one less competitor.

with Nigeria, claiming that war was unnecessary.

“The time will come for negotiation, and it will take place at a round table.” The criteria for negotiation are all forms of peace. I am relieved that Ojukwu’s full military rank was restored to him before he died. “We’ll all get there through negotiation,” Amu said.

Related Topics:Ojukwu is crucial in the 2023 election —Bianca
Up Next

Datti Ahmed predicts what Obi, LP will do in four years.