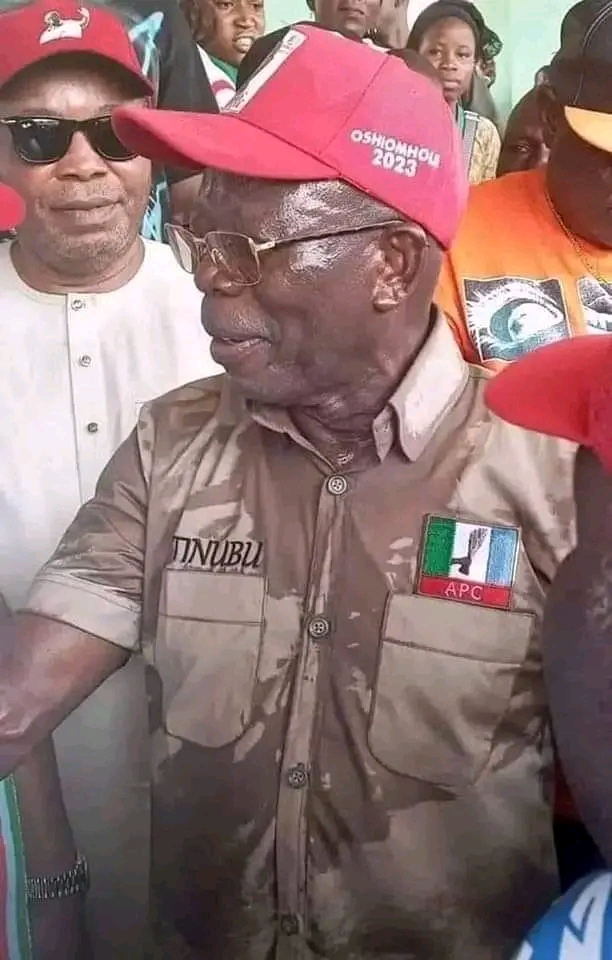 Former National Chairman of the All Progressives Congress (APC), Adams Oshiomhole said he invited the presidential candidate of the Labour Party (LP) Peter Obi to commission projects in Edo State when he was governor of the state.

He stated this on Wednesday at the inauguration of the Rumuepirikom Flyover in the Obio-Akpor Local Government Area of Rivers State.

Oshiomhole, who was Edo governor between 2008 and 2016, was invited to commission the project by Rivers State Governor, Nyesom Wike.

According to him, executive exchanges have a way of communicating to the people that political divide is not war.

“I listened to you (Wike) attentively and you said Peter Obi is coming tomorrow. I want to congratulate you for that because I also invited Peter Obi when I was governor and those executive exchanges have a way of communicating to our people that political divide is not war,” Oshiomhole stated.

“I also invited governors from other states to Edo the last one week before my tenure as you said, for them to see what I was able to do.

“I promise that when I get back to Abuja, I go take my mouth talk am wetin my mouth see (sic). The flyover I saw is not a culvert. There are people who commissioned culverts and said they were flyovers but what I am seeing here is a beautiful flyover which you will see anywhere in the world,” he added.

Wike of the Peoples Democratic Party (PDP) had invited members of opposition political parties to inaugurate projects in the oil-rich South-South state.

Members of the APC and Labour Party (LP) were invited to the Fourth Quarter 2022 Project Commissioning in Rivers.

Obi is scheduled to inaugurate the Nkpolu-Oroworokwo Flyover on Thursday in Port Harcourt, the state capital.

This is not the first time Wike invited opposition party stalwarts to commission projects in Rivers. In August, the Rivers governor invited his Lagos counterpart, Babajide Sanwo-Olu to inaugurate the Orochiri-Worukwo (Waterline Junction) flyover in Port Harcourt.

Similarly, in October, Wike honoured an invite by the Lagos State Government to a women’s conference. At the event, the two-term Rivers governor endorsed APC’s Sanwo-Olu for second term, an action that riled PDP governorship candidate in Lagos, Olajide Adediran better known as Jandor.

For months, Wike and four other PDP governors known as the G5 have demanded the resignation of Iyorchia Ayu, saying northerners should not be the PDP national chairman and presidential candidate.

However, Ayu, a Benue indigene, has insisted that he won’t step down till the end of his four-year tenure, even as the G5 made his resignation a precondition to support Adamawa-born Atiku Abubakar’s 2023 presidential ambition.

Advertisement
Related Topics:~~~~. States how he invited him to commission projects in Edo state.Oshiomhole affirmed Obi's Track record's
Up Next

PDP crisis: Wike is man of the year, says Oshiomhole