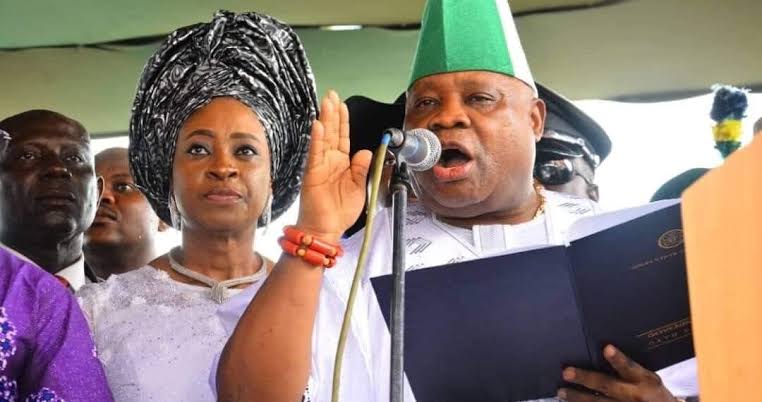 The Osun State Independent Electoral Commission has announced the withdrawal of certificates of return given to all elected officials in the October 15 local government election.

This development is coming barely 24 hours after the inauguration of Senator Ademola Adeleke under the party of the People’s Democratic Party as Osun State Governor.

The then ruling party, the All Progressives Congress, was the only party that fielded candidates contesting posts of chairmen and councillors at the polls and OSIEC returned all of them elected.

Justice Nathaniel Ayo-Emmanuel, however, in his judgment in a case filed by the PDP against OSIEC, the APC and some of its chairmanship candidates, last Friday, nullified the election citing noncompliance with the Electoral Act.

In a statement signed by the OSIEC Executive Secretary, Adedapo Adejumo, obtained in Osogbo on Monday, the Commission stated it would not appeal the judgment.

The Commission also admitted it did not comply with the provisions of Section 24 of OSIEC Law, 2022 and Section 28 of the Electoral Act 2022, which mandated it to give a notice of 360 days before the conduct of the election.

The statement further read in part, “Consequent upon the judgement of the Federal High Court sitting in Osogbo in the case FHC\OS\CS\94\2022 involving the PDP VS the Independent National Electoral Commission and six others, delivered on Friday, November 25, 2022, which nullified the local government elections conducted by OSIEC on October 15, 2022, the Commission hereby announces its decision not to appeal the judgement of the Federal High Court, Osogbo.

“The decision of the Commission is coming against the backdrop of OSIEC’s failure to follow strictly the provisions of Section 24 of OSIEC Law, 2022 and Section 28 of the Electoral Act 2022, which mandate the Commission to give a notice of 360 days before the conduct of the election.

“In view of this, OSIEC aligns perfectly with the decision of the Federal High Court, Osogbo, as the elections stand nullified.

“Consequently, the certificates of return already issued to the purportedly elected chairmen and councillors are hereby withdrawn with immediate effect.”

Datti Ahmed predicts what Obi, LP will do in four years.