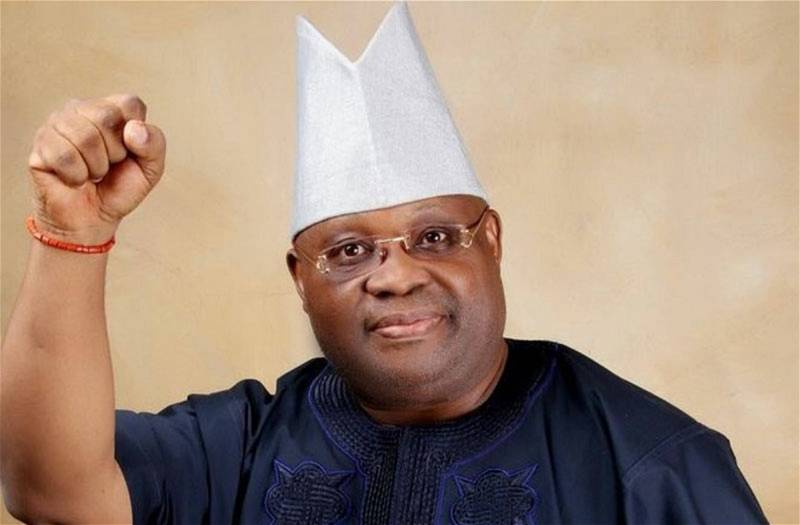 Track News recalled that Gov. Adegboyega Oyetola and APC had on Aug. 5 submitted a petition before the tribunal in Osogbo.

Oyetola and APC are challenging the election results from 749 polling units across 10 local government areas of the state for various alleged electoral malpractice, especially over-voting.

INEC had declared Adeleke as winner of the July 16 governorship election, having polled 403, 271 votes against 375,027 polled by Oyetola.

At the Wednesday sitting of the tribunal in Osogbo, Counsel for Oyetola and the APC, Saka Layoonu (SAN), informed the tribunal that the petitioners had filed a Subpoena dated Nov. 3, compelling REC to appear before it.

Layoonu told the tribunal REC is being expected to present Adeleke’s Form CF 001, being the nomination form and all its attachments, including the certificates used in the 2018 election.

He said that since the bailiff has yet to serve REC with the Subpoena, even after being signed, he would be compelled to ask for adjournment till Nov. 21.

However, Counsel to INEC, Paul Ananaba (SAN), objected to the application for adjournment, saying that it was a clear evidence that the petitioners were not prepared for diligent prosecution of the petition, citing paragraph 18(11) of the Electoral Act.

Ananaba argued that REC being subpoenaed to bring the said documents was never mentioned in the petition.

He added that request by the petitioners to call REC as a witness, without informing the tribunal earlier, had violated paragraph three of the tribunal pre-hearing reports.

Ananaba pointed out that the said paragraph three indicated that the tribunal must be furnished with list of witnesses to be called 24 hour to the hearing day.

Responding, Counsel to Adeleke, Mr Niyi Owolade and that of the PDP, Nathaniel Oke (SAN), aligned with Ananaba’s arguments and prayed that the tribunal should dismiss the petition.

Layoonu, however, described the respondents’ arguments as baseless, saying that the question of not being diligent in the prosecution of the petition was just a blanket statement by the respondents.

He also referred to paragraph 69(vi) of the petition where it was expressly stated that the documents in question would be relied on.

Layoonu said that since the tribunal had not issued the subpoena, it could not have been served on the respondents.

The counsel, then urged the tribunal to discountenance all the arguments of the respondents’ counsel

In his ruling, the tribunal Chairman, Tertsea Kume, granted the subpoena.

Kume said that the subpoena was issued by the tribunal on Tuesday evening and would subsequently be served on REC.

He, then adjourned further hearing until Nov. 21.

Wike: We won’t accept reconciliation on PDP crisis except…