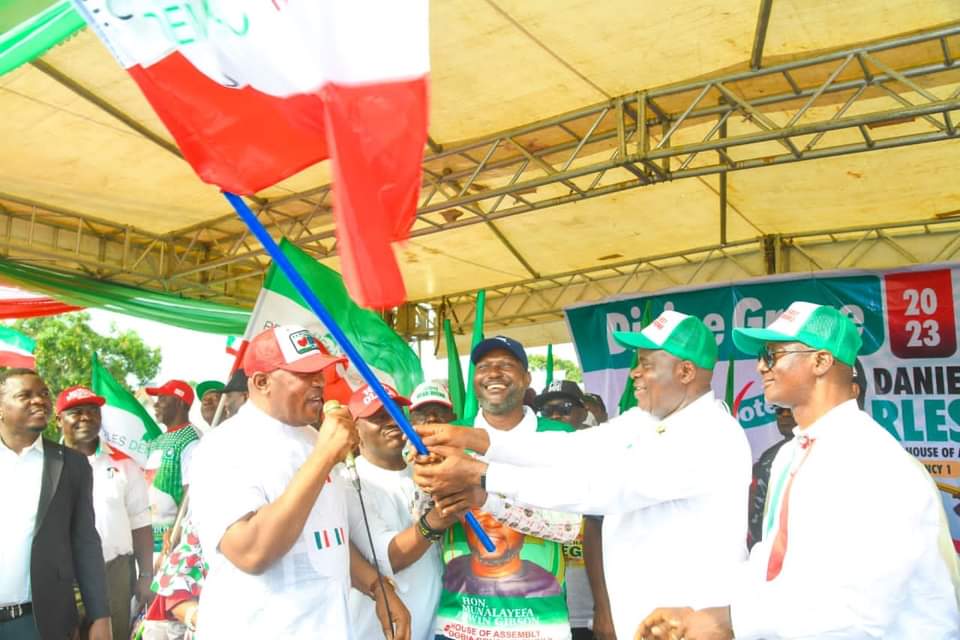 His Excellency, Senator Douye Diri, Governor of Bayelsa State yesterday led leaders and members of the People’s Democratic Party (PDP) to Twon-Brass in Brass Local Government Area for the flag-off of the party’s campaign in Bayelsa East Senatorial District. 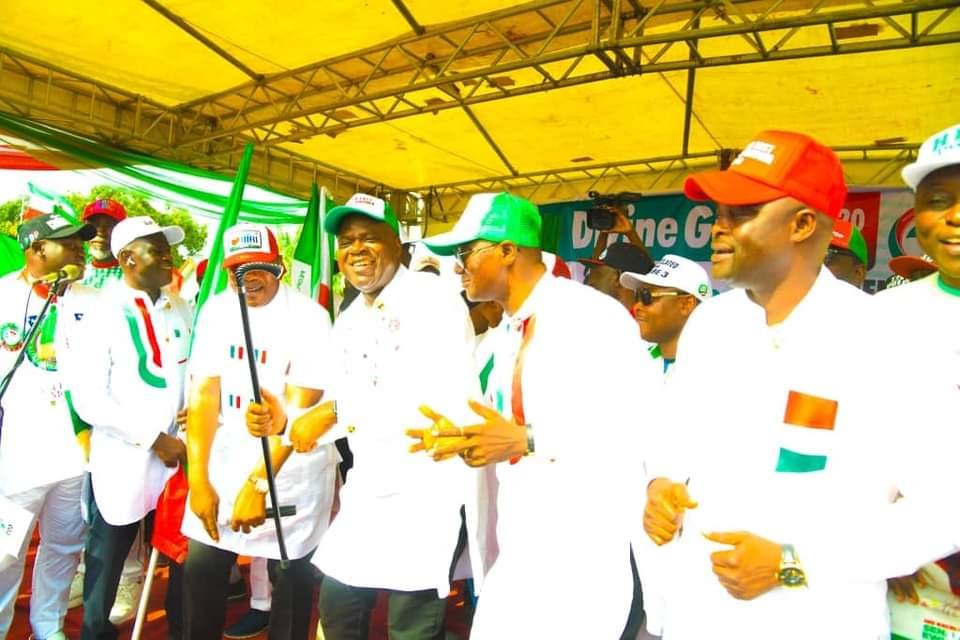 Governor Diri who listed his achievements in Bayelsa East to include the completion of Elebele bridge, Nembe Unity bridge and the ongoing Nembe-Brass road said PDP remains the best choice for the people of the State in the next election urging the people to vote PDP candidates in the Presidential, National Assembly and State House of Assembly elections. 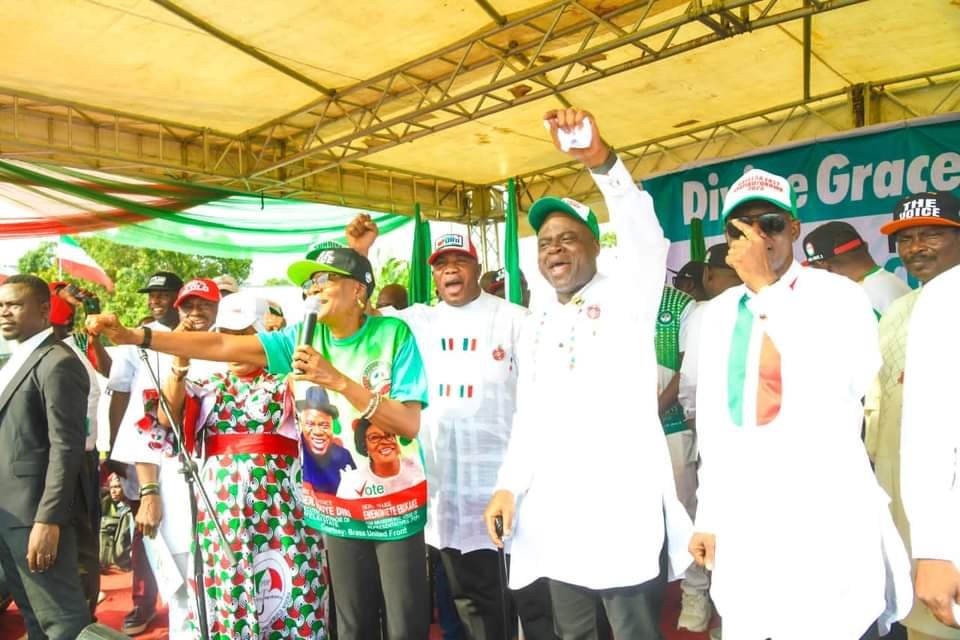 Also, at the rally, Gov. Diri received a former member of the House of Representatives from Ogbia Federal Constituency, Hon. Sodaguwo Festus-Omoni back to the PDP after her sojourn in the failed APC.