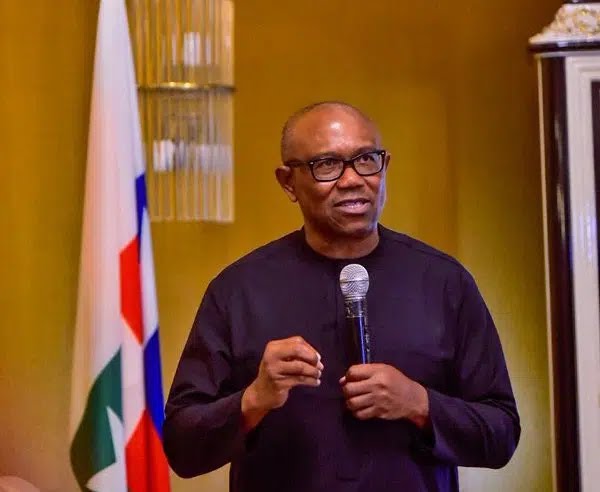 Peter Obi, the Labour Party’s (LP) presidential candidate, has stated that he will not condemn the activities of the Eastern Security Network (ESN) because he is unsure of their activities.
According to Track News, the ESN was founded by Mazi Nnamdi Kanu, the embattled leader of the Indigenous Peoples of Biafra (IPOB).

The ESN has been accused by Nigerian security agencies of carrying out killings, kidnappings, and assassinations in the Southeast.

Speaking at ‘The Candidates,’ a presidential town hall series, on Monday, the former governor of Anambra said agitations in parts of the country are the result of leadership failure, and that if elected president, his administration will use dialogue to address the issue.

“The first of our seven-point agenda is to ensure the security of Nigerians’ lives and properties, as well as to demonstrate a united and one Nigeria by ensuring equity, justice, and doing things in accordance with the rule of law,” Peter Obi stated.

“There is agitation everywhere in the country.” It is the result of poor leadership. There is nothing wrong with being agitated. You converse and debate with everyone.

“I’m unable to condemn ESN because I don’t know who is doing what.” You can only condemn people if there is a process in place where they have stated that this person did something.”

Why Peter Obi’s Rise Is a Good Sign for the APC – Ganduje
Meanwhile, Kano State Governor Abdullahi Umar Ganduje has described Peter Obi’s emergence as a good omen for the ruling All Progressives Congress (APC).

According to Track News, the Kano State Governor stated this on Monday evening during a live appearance on Channels Television’s Politics Today.

While describing Obi’s candidacy as a “good omen” for his party, the APC chieftain stated that the Labour Party’s candidate poses a challenge to the Peoples Democratic Party (PDP).

“Our main rival is the PDP,” he said. What is the nature of our political investment in the South-East? We received far more votes from Nasarawa Local Government in Kano Metropolitan Area than the APC received in the entire five states of the South-East.

“You can see that if there is a political problem in the South-East, the PDP will bear the brunt of it.” So, the emergence of Obi from the southeastern part of this country, I believe, is aimed at stealing PDP votes, which he is already doing.

“I believe it is even a good omen for APC.” Instead of having a very close competitor, the competitor’s attention has now been diverted.”

Presidency: The North cannot dictate who rules; it is the South-East says Afenifere’s Adebanjo.