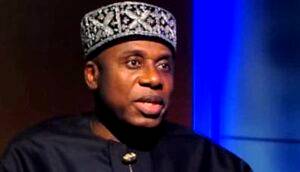 Mr. Rotimi Ameachi, the immediate past Transportation Minister, has expressed concern about perceived hunger and poverty in Rivers State, hinting that raising funds to address the twin issues will be the first thing the All Progressives Congress, APC, will do when they reclaim Rivers State government in 2023.

Ameachi spoke yesterday in Ward 19, Elekahia, Port Harcourt City Local Government Area of the state, as part of the ongoing Rivers APC ward to ward sensitization campaign ahead of the 2019 elections.

Throwing another jab at his successor, the former Rivers governor, who recently portrayed Rivers under Governor Nyesom Wike as being in the worst state ever, said he never politicized development or insulted traditional rulers during his tenure as governor.

“I built a primary school that people came to see,” he told the Elekahia gathering. I did not politicize health care when I declared it free in Rivers State. I never insulted any chief or Rivers citizen. Arrogance and pride are two things God despises in Christians.

“We are not here to campaign, but rather to gain access to our wards.” They will try to intimidate you (political opponents). They must not be allowed to intimidate the young men in your ward. When we win, the first thing we’ll do is raise funds to combat hunger and poverty.”

Advertisement
Related Topics:Rivers 2023: APC will combat hunger and poverty — Amaechi
Up Next

The APC Chairman promises to win the 2023 election “by hook or crook.”