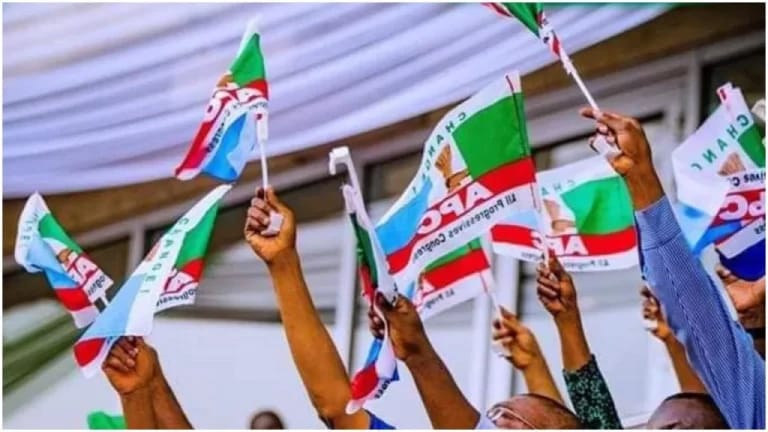 Suspected hoodlums have set fire to Stanley Okoro-country Emegha’s home in Ebonyi State, the All Progressives Congress (APC) Chairman.
The APC chieftain’s house in Ekoli Edda, Afikpo South Local Government Area of the state, was razed down by suspected hoodlums at 10.18 p.m. on Monday night, according to an eyewitness who requested anonymity.

Prior to the fire incident, loyalists of the immediate past chairman of the Afikpo South LGA, Eni China, allegedly attacked the Ebonyi APC chairman on December 24 because he refused to support the election of a community youth group led by China.

Okoro-Emegha was dissatisfied with the election, according to the source, and complained to the new council area chairman, Chima Ekumankama, who eventually cancelled the election and disbanded the aforementioned youth group.

According to this platform, the APC chieftain was attacked by hoodlums who allegedly opened fire on him and his Ebubeagu orderlies as a result of the incident.

According to the source, the incident escalated into a gun duel in which the hoodlums and Okoro-Emegha men opened fire on each other, prompting him to flee to Abakaliki, Ebonyi State’s capital.

Track News learned that his country home was set on fire by suspected hoodlums after he fled to Abakaliki.

However, the chairman of the Ebonyi APC has confirmed the incident in which he was attacked by thugs loyal to a local politician and his house was burned down.

“Yes,” Okoro-Emegha replied. Yes, that is correct. They attacked me in the Ekoli Edda community tonight, and I just found out that some of the same people, some of whom I know, burned down my house.

Advertisement
Related Topics:Suspected thugs set fire to the home of the Ebonyi APC Chairman
Up Next