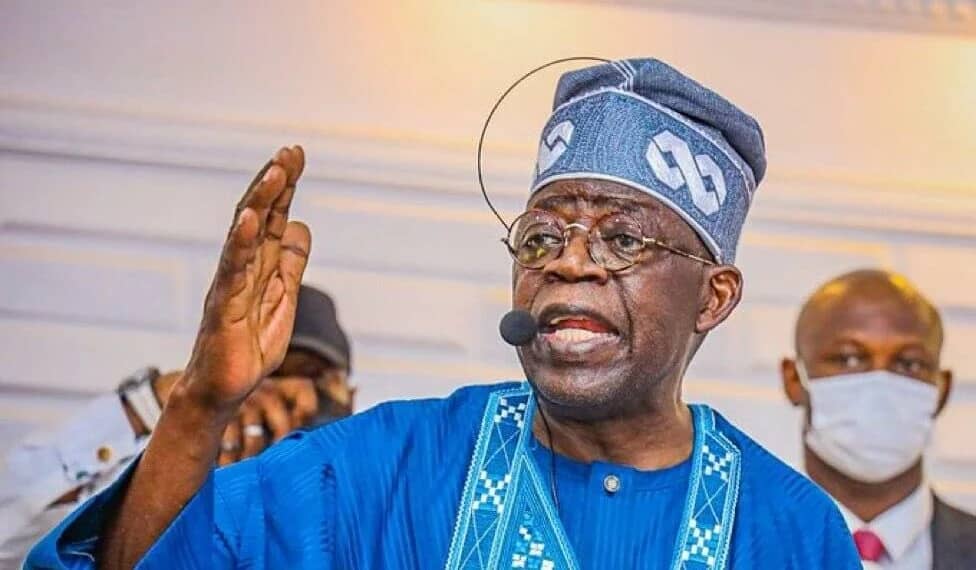 Bola Tinubu, presidential candidate of the All Progressives Congress, APC, has accused those criticizing his choice of Kashim Shettima as his running mate of lobbying him for the same position.

Tinubu claimed that some of those who criticized his choice of Shettima as running mate were close friends he turned down.

He made the announcement during an interactive session in Abuja with the leadership of the Christian Association of Nigeria (CAN), led by Archbishop Daniel Ukoh.

Babachir Lawal, Tinubu’s close ally and former Secretary to the Government of the Federation, had condemned the APC’s Muslim-Muslim ticket.

The decision to field a Muslim-Muslim ticket, according to Lawal, was a “disastrous error.”

Yakubu Dogara, a former Speaker of the House of Representatives, also urged Christians to vote against Tinubu’s decision to run on a Muslim-Muslim ticket.

Other Nigerians have accused the APC’s presidential candidate of plotting to Islamize the country.

Tinubu, speaking during the session, dismissed Islamization claims made by some.

The APC presidential candidate also denied any attempt to suppress Christians through his choice of running mate.

“People have reacted harshly to my selection,” he said. They are my friends, and they lobbied me to be my running mate, but I politely declined.

“The rumor that this is some sort of plot to persecute the Christian community is false and unfortunate.” I don’t have anything like that on my agenda.

Advertisement
Related Topics:Tinubu accuses those criticizing his choice of Shettima as his running mate of lobbying him for the same position
Up Next