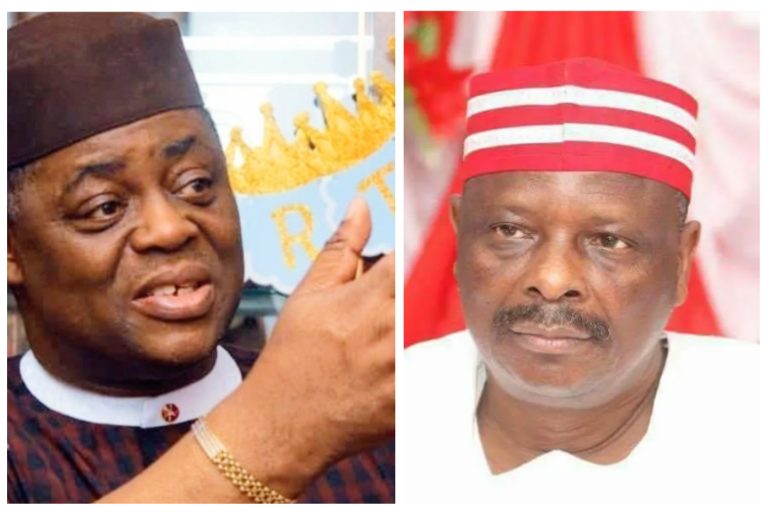 Tracknews earlier reported that Kwankwaso while describing himself as the most qualified to take over after President Muhammadu Buhari also highlighted characteristics that distinguish him from other contestants.

Not done, he went further to say he doesn’t bed wet neither is he a spare tyre.

The bed-wet comment is believed to be targeted at the All Progressives Congress (APC) candidate, Bola Tinubu whose video of a soaked cloth emerged back in February during a public outing at the palace of Awujale of Ijebuland, raising concerns about the health condition of the former Lagos State Governor.

The other comment about not being a spare tyre is also believed to be a mockery of the Peoples Democratic Party (PDP) candidate, Atiku Abubakar who is a former Vice President – a position understood to be subject to delegated authority from the President.

In a post shared on Twitter, Femi Fani-Kayode said Kwankwaso is disrespectful and irresponsible to make such a statement about Atiku and Tinubu.

He noted that the two people Kwankwaso is mocking are bother older, wiser, and better than him, adding they do not wear female underwear like him.

He said: “I do not bedwet nor am I a spare tyre”- @RabiuKwankwaso Yes but you are disrespectful, irresponsible & dishonest. The two people that you are hitting at here are both far older, wiser & better than you. And unlike you neither of them wears women’s underwear. Mind yourself!”

Advertisement
Related Topics:AtikuNeither Of Them Wears Women’s Underwear’ – Fani-Kayode Hits Kwankwaso Over Attack On TinubuUnlike you
Up Next

PDP Crisis: Goodluck If You Think You Can Win Without G5 Governors, Bode George Tells Atiku