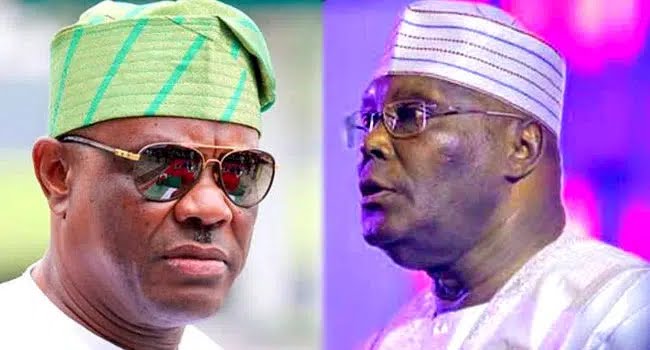 Rivers State governor, Nyesom Wike has mocked persons in the Peoples Democratic Party (PDP) who are calling for his dismissal from the party over his agitation for ‘balance, justice, fairness and equity’.

TrackNews reports that according to the governor, those clamouring for his dismissal ironically left the party, frustrated its electoral chances and made it to lose the 2015 election.

Governor Wike spoke at the inauguration of the Nkpolu-Oroworukwo flyover, the 9th so far constructed and completed by his administration.

“Those who are threatening me are those who destroyed PDP and made us lose election in 2015. I stood firm in this party when this party was to die. Peter Obi, you were there in the party then.

“I was the one with my friends who supported this party. Those who left the party are the ones coming to tell me that I want to scatter the party when you (they) have scattered the party and made us lose election in 2015. Now we are in opposition. Who put us in opposition?” Wike said.

Governor Wike, however, restated his resolve to remain in the PDP, and doggedly fight those he described as vampires, armed robbers and scavengers.

Advertisement
Related Topics:Wike reacts to calls for his dismissal from PDP
Up Next