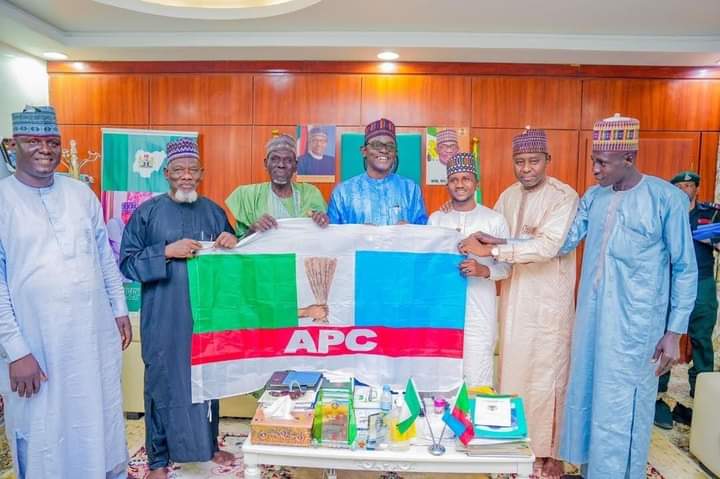 Mai Mala Buni, the governor of Yobe State, has continued to welcome officials and members of the Peoples Democratic Party (PDP) and other parties into the APC.

Buni’s spokesman, Mamman Mohammed, said in a statement on Tuesday that the Tarmuwa Local Government Area PDP Chairman, Bamaina Mafawu, had joined the ruling APC in the State, along with more than 500 other members.

Hassan Muhammad, Acting State Secretary, Abdullahi Umar, Youth Leader, as well as women leaders and ward leaders of the local government, were among the new entrants, according to the statement.

According to the statement, the mass defection of these stalwarts has deflated the PDP in Tarmuwa Local Government Area and the State as a whole.

“We were the party’s strength and we have all left; the PDP is now non-existent and a shadow of itself in Tarmuwa,” the defectors were quoted as saying.

The decampees promised to work for the APC and its candidates’ success.

Governor Buni assured defectors that they would have the same rights and privileges as party members, while urging them to remain loyal to party leaders and structures.

Related Topics:500 stalwarts defect to APCYobe: PDP chairman
Up Next