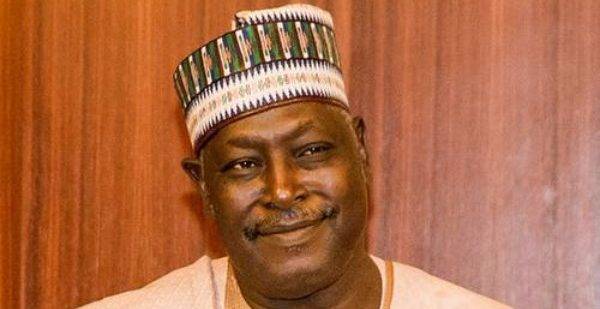 •Tells Lawal to deal with division in his northern group

The presidential candidate of ruling All Progressives Congress, APC, Asiwaju Bola Ahmed Tinubu, has fired back at his erstwhile political ally and former Secretary to the Government of the Federation SGF, Mr Babachir Lawal, for downplaying his influence, ahead of next year’s general election.

Lawal, who leads a group of northern Christian politicians, had in a statement and a recent television interview adopted the presidential candidate of Labour Party, LP, Mr Peter Obi.

However, the other faction, led by former House of Representatives’ speaker, Yakubu Dogara, swiftly dissociated itself, saying the former SGF was on his own as consultations were still ongoing.

Speaking to News men over the weekend, Lawal had said: “Tinubu is relying on people that are unreliable. He will not get 25 per cent in all the Hausa-Fulani states.

”Now that he has sidelined the Christians, he will lose Adamawa, Benue, etc. He can’t even count on the Yoruba votes.”.

Although, the National Publicity Secretary of the party, Felix Morka, did not respond to Vanguard’s messages seeking the position of the party on Lawal’s statement, Minister of State, Labour and Employment and chief spokesperson of the APC Presidential Campaign Council, PCC, Mr Festus Keyamo, SAN, said with 40 million registered members of the APC, Tinubu was in pole position to clinch the Presidency.

According to him, a combination of other factors, including APC’s 22 sitting governors and five “rebel governors” in the opposition Peoples Democratic Party PDP will all work in favour of Tinubu.

He said: “40 million registered members; 22 sitting governors; absolute majority in the National Assembly; our candidate that ranks as the best governor in the last 23 years; the main opposition in total disarray with five rebel govs. Not on the ballot? The most ridiculous statement in 2022!”

On his part, the Director, Media and Publicity, of the APC PCC, Mr Bayo Onanuga, described Lawal’s postulations as “mere conjectures”.

He advised the former SGF to resolve the split in his own group before dabbling into Tinubu’s affairs.

While the group is entirely opposed to the same faith ticket of the APC, Lawal has, however, aligned with Mr Obi of the Labour Party, a position not supported by Dogara and others.

There were, indeed, speculations that Dogara and his followers in the group would align with the presidential candidate of the country’s main opposition, the Peoples Democratic Party PDP.

Reacting to Lawal’s statement, Onanuga said: “Mere conjectures, very laughable projections. Asiwaju has never been on the ballot and lost any election.

”With 22 states under APC control, with incumbent President’s backing, with our hard work on the campaign trail and with the support of Almighty God, Asíwájú is heading for a landslide next February.

“Let Babachir deal first with the division in his renegade group, instead of pontificating on the outcome of the election.

“This man, who is amplifying our religious difference with his gang, is from Hong LGA in Adamawa State. He could not make Buhari to win the council in 2019 election, even though we had a Christian with the Buhari ticket.”

Indeed, there were strong indications at the weekend that some strategists within the APC had advised that Lawal be thrown out but two things have been hampering the move.

One, the strategists say he cannot be thrown out without the approval of President Muhammadu Buhari who is seen as one of his “godfathers”.

The second reason is that those who want him expelled from the party have not got the buy-in of Lawal’s ward executives in Hong LGA.

“They want the process to emanate from the executives. As for Dogara, you had Asiwaju saying the other day that the man is no longer a member of the APC, that he had since resigned his membership of APC and joined the PDP. Dogara and the PDP have not denied that,” said a top party source.