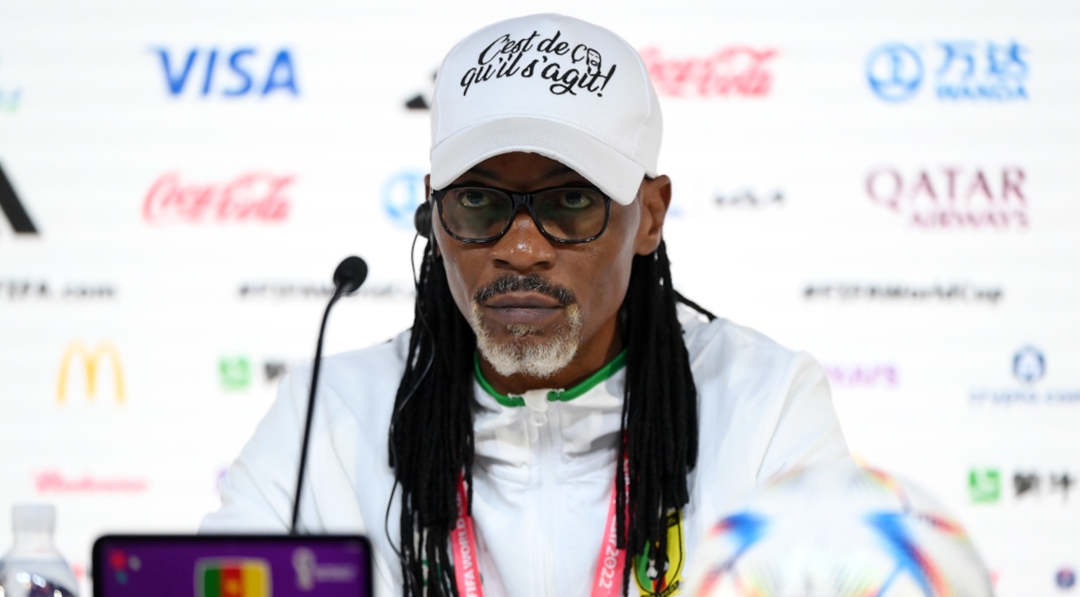 Coach Rigobert Song of Cameroon has had a quiet build-up to the Qatar World Cup, which he hopes will benefit his team in their opening Group G game against Switzerland on Thursday at the Al Janoub Stadium.

Song, who has appeared in four World Cup finals, stated that the country’s football association had learned from previous mistakes and that the current structure provided a solid foundation for success at the tournament.

“We are very calm, and we are relieved that none of our previous mistakes have been repeated.” We haven’t had any wage or money disputes, and things have changed,” Song told reporters on Wednesday.

“The CFA is led by (former striker) Samuel Eto’o, a hard worker who is present every day to ensure the players are as prepared as possible.”

“We’ve seen mistakes before,” he added, “but this time we’re calm, ready, and focused.”

The Indomitable Lions have not won a World Cup group game since defeating Saudi Arabia in 2002, and Song is hoping that his experience, which includes being sent off in two separate tournaments, will benefit his team.

“That experience helps me when I talk to the younger generation; they are professionals, they know what they have to do; I’m just trying to support them, to help them do the best they can,” the 46-year-old said.

Song remained tight-lipped about his starting lineup and who would captain the team, but he was joined at the news conference by midfielder Samuel Oum Gouet, who expressed excitement for the tournament to begin.

“We’re very happy to be here.” “Any footballer or manager who makes it to the World Cup is overjoyed,” the 24-year-old said.

With FA president Eto’o predicting that his country will win the tournament, Song’s comments did little to dampen those expectations.

“We know we’re at a very high level, and the organization behind the scenes is also very good, so the footballers can focus on their job,” he explained. “I believe that’s why we’re more focused today, and we have no doubts about what we’re capable of.”

“They’re a formidable group, but maybe I can help them even more.”

Related Topics:According to SongCameroon is eager to avoid past mistakes against the Swiss in Qatar 2022
Up Next

Real Madrid midfielder Luka Modric says he will not retire after the World Cup.