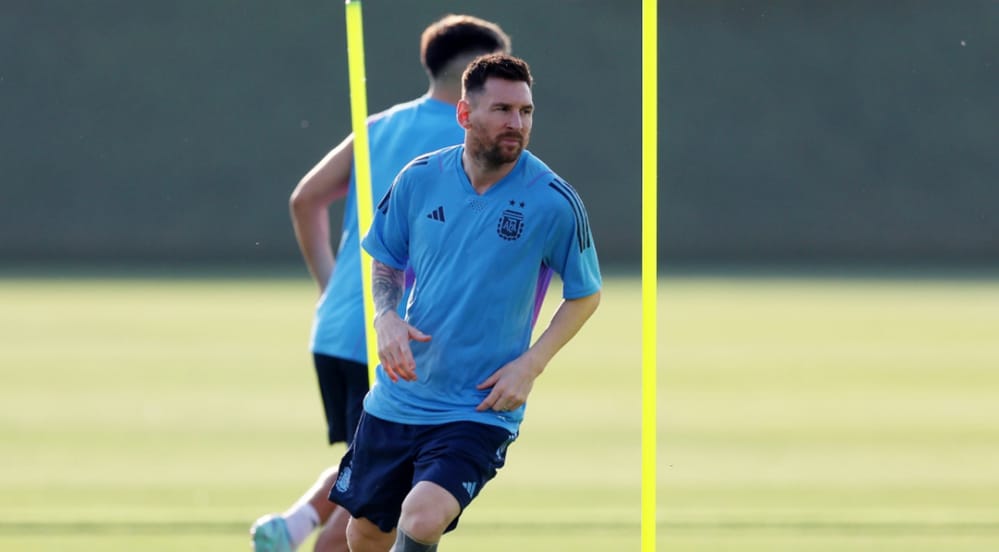 Lionel Messi will embark on what will almost certainly be his final World Cup challenge on Tuesday, with Argentina and holders France both in action in Qatar.

Day three of one of the most contentious World Cups in history will feature four matches, following England’s 6-2 thrashing of Iran.

Argentina, led by Messi and his highly rated team, will face Saudi Arabia in Group C, followed by Denmark versus Tunisia in Group D.

The evening matches pit Poland against Mexico in Group C, and the final game of the day pits reigning champions France, led by Kylian Mbappe, against Australia in Group D.

However, forward Messi will receive a lot of attention.

The 35-year-old has won nearly everything there is to win and is regarded as one of the greatest footballers of all time, but World Cup glory has eluded him, and this is almost certainly his final opportunity to rectify that glaring omission.

“This is probably my last World Cup, my last chance to realize this great dream that we all have,” Messi told reporters on Monday in Doha.

“I’m not sure if this is my happiest moment, but I’m feeling great.”

“Now that I’m older and more mature, I want to make the most of everything, to live it to the fullest and to enjoy every moment that I have.”

Messi has trained separately from the rest of the squad twice in recent days, but he has moved to allay Argentine fears that he will be unable to play in Saudi Arabia.

“I trained separately because I had a knock; it was precautionary, but nothing out of the ordinary,” he explained.

Argentina enters the tournament as Copa America champions, undefeated in 36 matches dating back to 2019.

If Messi is nearing the end of one of football’s greatest careers, his PSG teammate Mbappe is just getting started.

And the 23-year-old could have a field day against an Australia team that is missing some of its stars and needed an extra qualifier to get to Qatar.

Anything other than a win for holders France, as Argentina faces Saudi Arabia, would be a huge surprise.

Didier Deschamps is without Paul Pogba and Ballon d’Or winner Karim Benzema, both of whom are injured, and the French coach believes this puts even more pressure on Mbappe.

“He has always had the ability to make a difference, which we will need,” Deschamps said.

“Unlike many other players, he has the ability to be decisive at any time.”

Mbappe, who turns 24 next month, will lead a French attack that will now be led by Olivier Giroud in the absence of Benzema.

Lewandowski is the third of three world-class attackers on display on Tuesday, but despite his prolific goal-scoring record, the 34-year-old has yet to score in a World Cup.

The Barcelona predator has scored 25 goals in the last two World Cup qualifying campaigns but has yet to score in the finals.

Wojciech Szczesny, Poland’s goalkeeper, believes Lewandowski will break his duck in Qatar as the country attempts to reach the knockout stage for the first time since 1986.

“I think it’s definitely important for him (to score),” Szczesny said to reporters on the eve of Poland’s first match against Mexico.

“He’s fired up for the World Cup.” No one can deny that Robert is currently one of the best players in the world.”

Advertisement
Related Topics:ArgentinaFrance launch title bids for Qatar 2022with Messi at the center.
Up Next

Ex-UEFA President Michel Platini is not invited to the FIFA World Cup in Qatar in 2022.