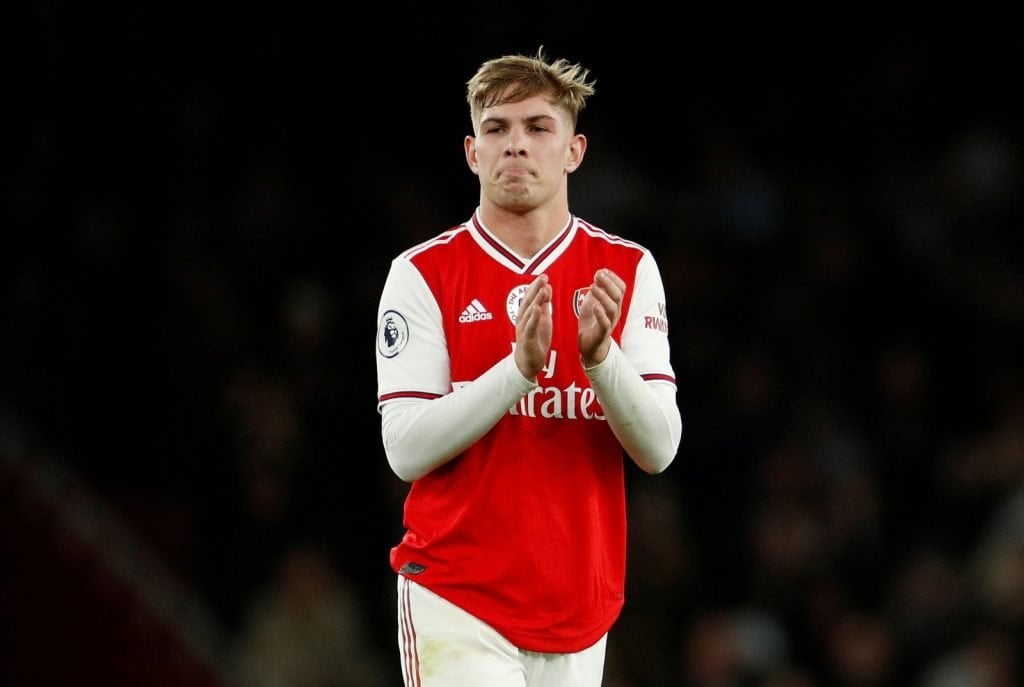 Arsenal boss, Mikel Arteta has credited Emile Smith Rowe with playing a significant role in helping turn his [Arteta]career at the Emirates.

At a point, many fans were doubting Arteta’s credentials to lead the Gunners, during a 56-day winless run when Arsenal suffered a succession of embarrassing defeats at the Emirates to Aston Villa, Wolves, Burnley and Manchester City.

Calls for Arteta to be sacked intensified ahead of Chelsea’s visit to the Emirates Stadium on Boxing Day. But Gabriel Martinelli, Bukayo Saka and Smith Rowe stepped up in the absence of Pierre-Emerick Aubameyang and Willian.

And a 3-1 win over Chelsea set the tone for what was to follow.

“There was a huge wall, it was really difficult for them,” said Arteta recalled.

“That game came at a really important moment. I don’t like to single out a player, but I think probably Emile Smith Rowe – that is the moment where he really appears into the picture and something changed and that helped shift momentum big time.”

Arsenal lost the last Champions League place to Tottenham on the last day of the 2021-22 Premier League season. But Mikel Arteta’s side are currently sitting top of the table this season

Related Topics:EPL: Arteta names Smith Rowe player that saved his coaching career at Arsenal
Up Next

EPL: Why Man City fall to Brentford 2-1 at Etihad – Guardiola