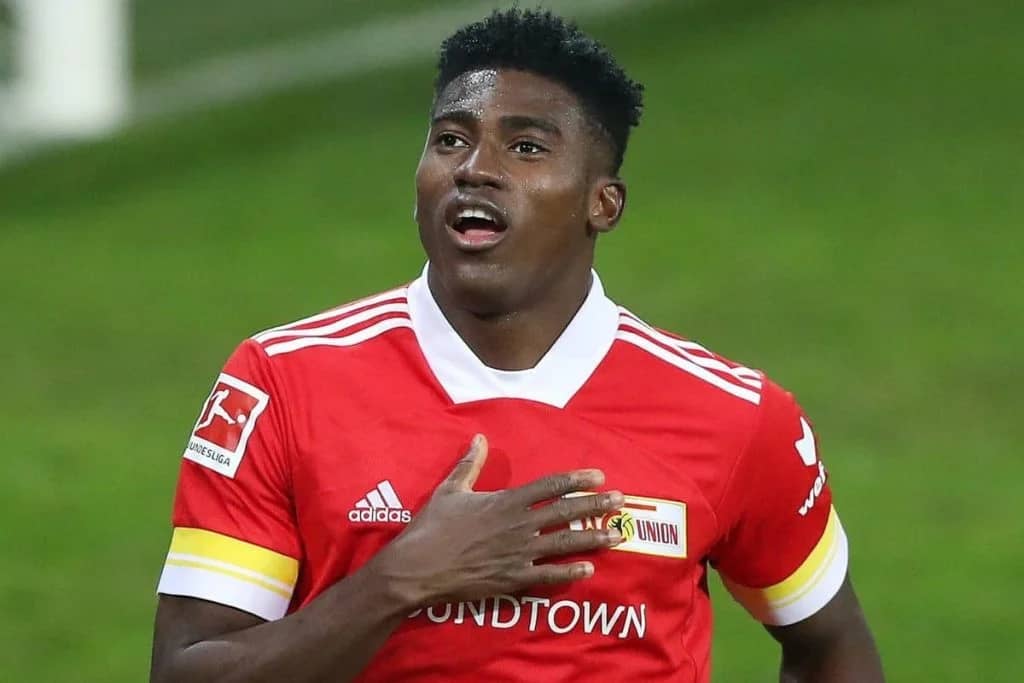 Nottingham Forest forward, Taiwo Awoniyi will spend around two months on the sidelines due to groin injury.

The 25-year-old has been sidelined since copping the injury in Forest’s 1-0 away win against Southampton at the St Mary’s Stadium on January 4.

Awoniyi netted the decisive goal in the encounter and was substituted 20 minutes from time after he felt soreness in his groin.

According to foot mercato journalist, the Nigeria international will be out of action for two months.

Advertisement
Related Topics:EPL: Awoniyi to be sidelined for two months with groin injury
Up Next

EPL: I don’t like his style of play – Leboeuf tells Chelsea not to extend midfielder’s contract