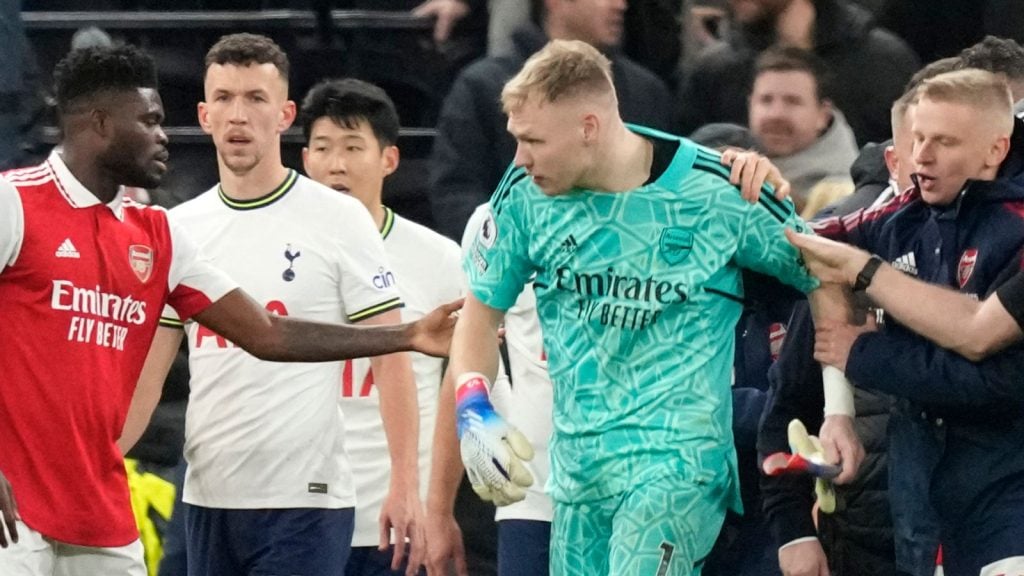 The English FA has released a statement addressing an incident that happened after Arsenal’s 2-0 win at Tottenham.

Hugo Lloris parried the ball into this net, before Martin Odegaard drilled in the second for the Gunners.

Following the match, Arsenal goalkeeper Aaron Ramsdale was attacked by a Spurs fans behind his post.

Ramsdale had to be pulled away by manager Mikel Arteta as more players and stewards got involved.

“We strongly condemn the incident involving a spectator that followed today’s Premier League fixture between Tottenham and Arsenal.

“This is wholly unacceptable behaviour and we will work together with the police, the relevant authorities and the clubs to ensure the appropriate action is taken,” a statement from the FA read

Advertisement
Related Topics:EPL: FA releases statement after Arsenal’s 2-0 win at Tottenham
Up Next