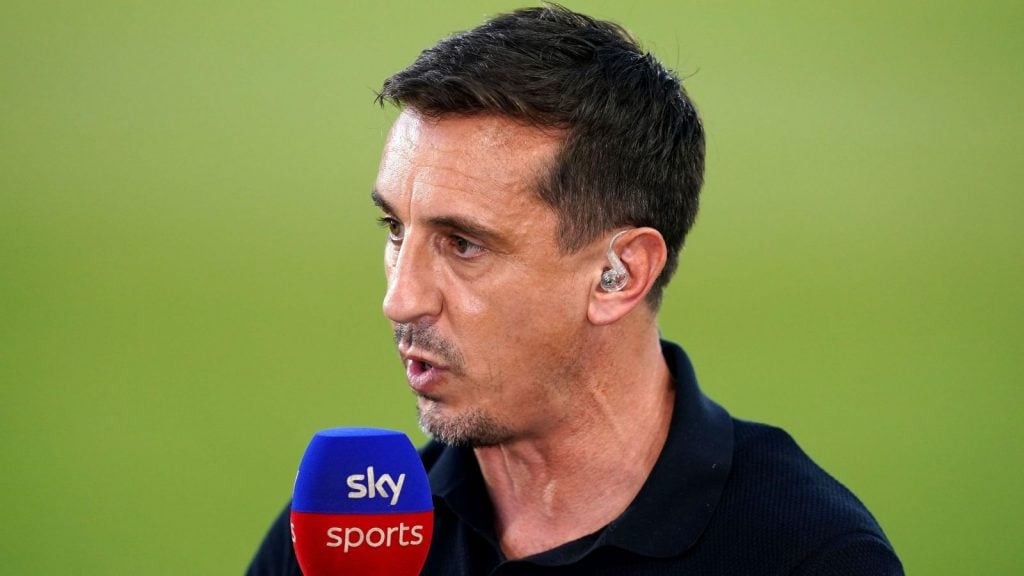 Manchester United only have themselves to blame after conceding a late goal in their Premier League 1-1 draw against Crystal Palace on Wednesday.

That is the view of Manchester United legend, Gary Neville, who tweeted after the match to bemoan the Red Devils’ decision only to have three men in the wall when Michael Olise stepped up to take his free-kick in stoppage time.

Frustrated with Man United’s wall, which consisted of Casemiro, Fred and Alejandro Garnacho, Neville took to Twitter and wrote: “That wall was never big enough. Always going to shoot.”

The former England international added in a follow-up tweet: “Put the taker off! A massive wall with big players in makes it more difficult for the taker! That wall lacked presence and made it look inviting!”

Advertisement
Related Topics:EPL: Gary Neville reveals who to blame as Man Utd fail to beat Crystal Palace
Up Next