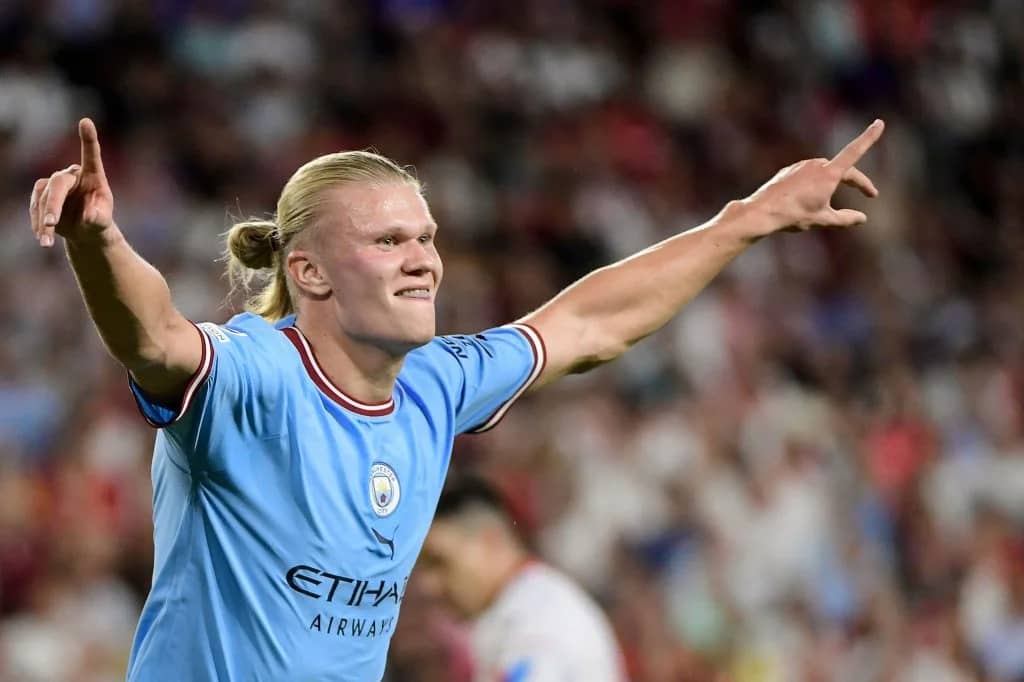 Manchester City striker, Erling Haaland has warned Arsenal that Pep Guardiola’s side will hunt them down in the Premier League title race after beating Leeds United 3-1 on Wednesday night.

Haaland, who scored two goals for Man City against Leeds United, also said that he is more motivated to score more goals for his team amid the Premier League title battle with Arsenal.

A brace from Haaland and a goal from Rodri gave Man City all three points against Leeds at Elland Road.

The result means Man City are now five points behind league leaders Arsenal on the log.

“We have to hunt Arsenal. I have a [goal] target, but I cannot say it,” Haaland told Amazon Prime.

“I just said inside the dressing room that I could have scored five, but the most important thing is that we won. I could’ve scored a couple more, but that is life and I have to train more.

“I have been at home, a bit mad that I have not been at the World Cup. I recharged my batteries. Watching other people score to win games at the [2022] World Cup triggered, motivated and irritated me. I am more hungry than ever.”

Qatar 2022: I will not get over France defeat to Argentina – Mbappe makes honest confession