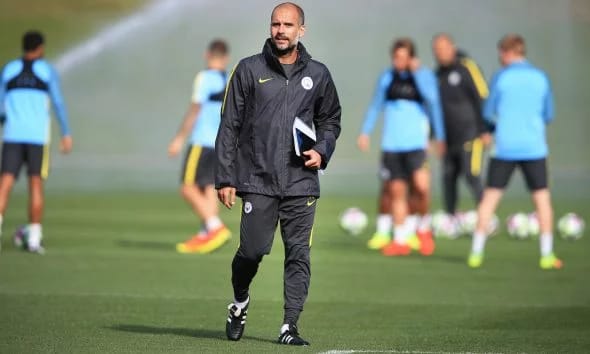 Manchester City manager, Pep Guardiola, has said he’s not worried about their chances of winning the Premier League title.

Guardiola’s men are the current champions and have won it four times in the last five years.

However, this weekend, City travel to face Manchester United and are five points behind leaders Arsenal.

The game comes after their 2-0 defeat to Southampton in the Carabao Cup quarter-final.

“After what happened at Southampton, the last thing I am worried about is the title. It’s to recover who you are, game by game.

“In important games this season, we were there, in all competitions. But just in the hypothetical ‘important’ games. In the other ones, not normally.

“This is normal after previous seasons and you have to change it – immediately,”

Related Topics:EPL: I’m not worried about winning title – Guardiola says ahead of Manchester Derby
Up Next