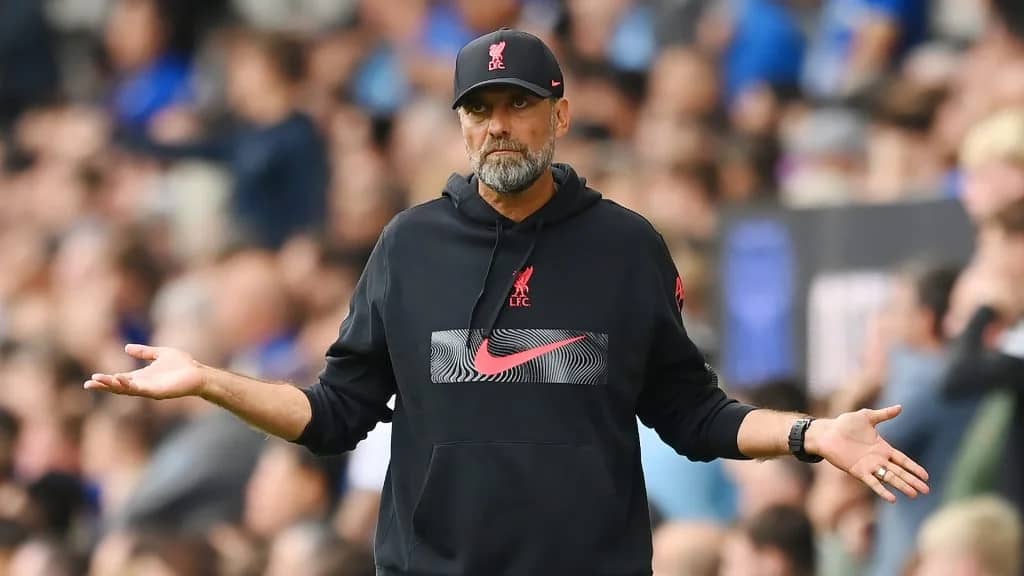 Jurgen Klopp has said that life is unfair to Darwin Nunez after the Uruguayan missed four big chances during their victory over Aston Villa on Monday.

The Reds returned to winning ways with a 3-1 victory against Unai Emery’s team on Boxing Day.

Mohamed Salah, Virgil van Dijk and Stefan Bajcetic were the scorers for Klopp’s side, while Ollie Watkins gave Unai Emery’s side what ended up a consolation.

Klopp lauded Nunez, who joined the club from Benfica last summer, adding that the Uruguayan was unlucky not to find himself on the scoresheet.

“It’s incredible what a game he played, Life is unfair, on the foot it’s probably one inch or less and the ball goes in,” Klopp told reporters after the game.

“He will score, there’s no doubt about that. What he gives us… he has power that’s incredible.

Advertisement
Related Topics:EPL: Life is unfair to you – Klopp tells Liverpool star after 3-1 win over Aston Villa
Up Next