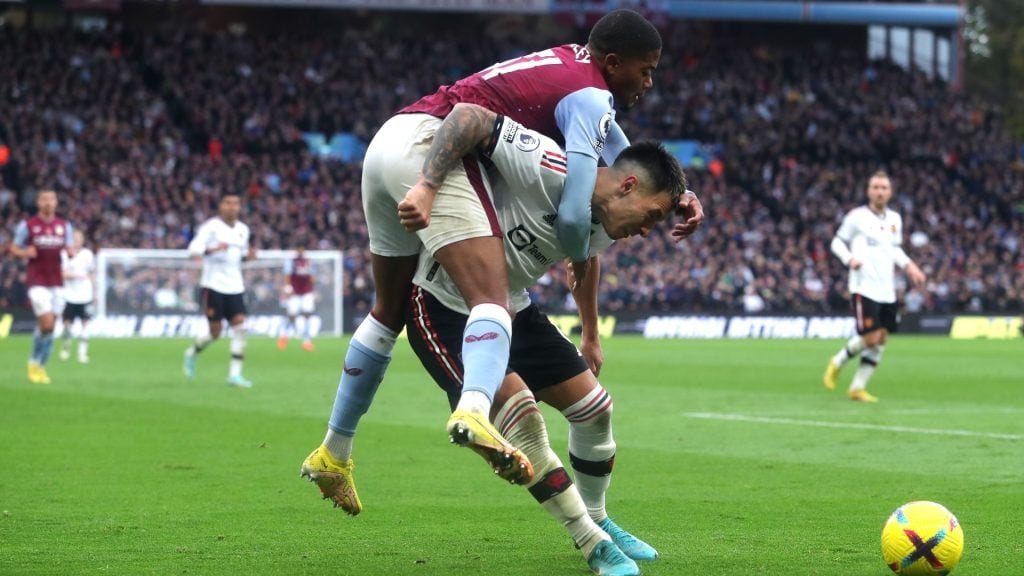 Aston Villa forward, Leon Bailey, has insisted that he was elbowed twice by Manchester United defender Lisandro Martinez during both teams’ Premier League tie on Sunday.

Bailey also criticized the linesman for not taking any action against Martinez.

Bailey, Lucas Digne, and Jacob Ramsey all scored for Unai Emery’s side against Man United.

“Very disappointed in the referees today, I couldn’t breathe for a second after getting elbowed twice in my rib,” Bailey tweeted