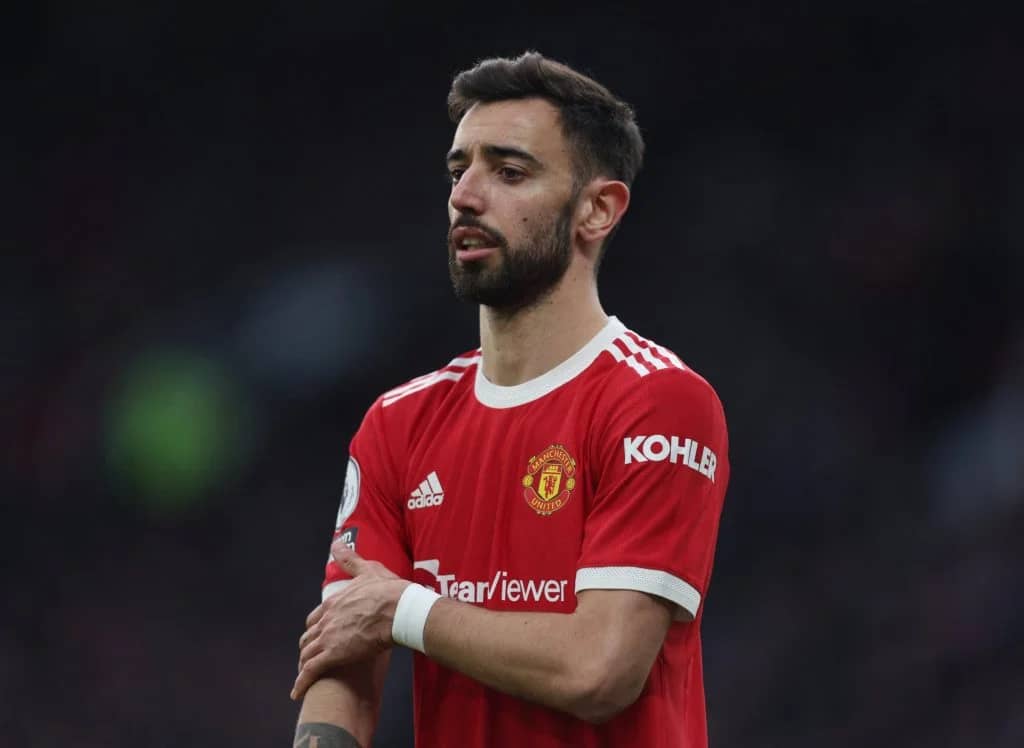 Manchester United midfielder, Bruno Fernandes has refused to blame the referee after his team was refused a penalty in their Premier League 1-1 draw with Crystal Palace on Wednesday night.

Fernandes’ teammate, Scott McTominay, appeared to be brought down by Crystal Palace defender Chris Richards after bursting into the box in the second half.

But referee Robert Jones didn’t deem the challenge a foul, with VAR Neil Swarbrick agreeing with the on-field decision as goals from Bruno Fernandes and Michael Olise ensured both teams drew.

Reacting, Fernandes insisted Man United must quickly move on, refusing to dwell on the incident as there was nothing Erik ten Hag’s side could do.

“I don’t know, on the pitch, it seems Scott gets onto the ball and the Crystal Palace guy tries to tackle him,” Fernandes told Sky Sports.

“The referee said he tried to tackle Scott or whatever, but decisions can go either way.

“We can’t be worried about that now, there’s nothing we can do about that now. We just have to look forward to the next game. Because it’s a big game again and another one where we want the three points

Related Topics:EPL: Nothing we can do – Fernandes on penalty decision after Man Utd’s draw at Crystal Palace
Up Next