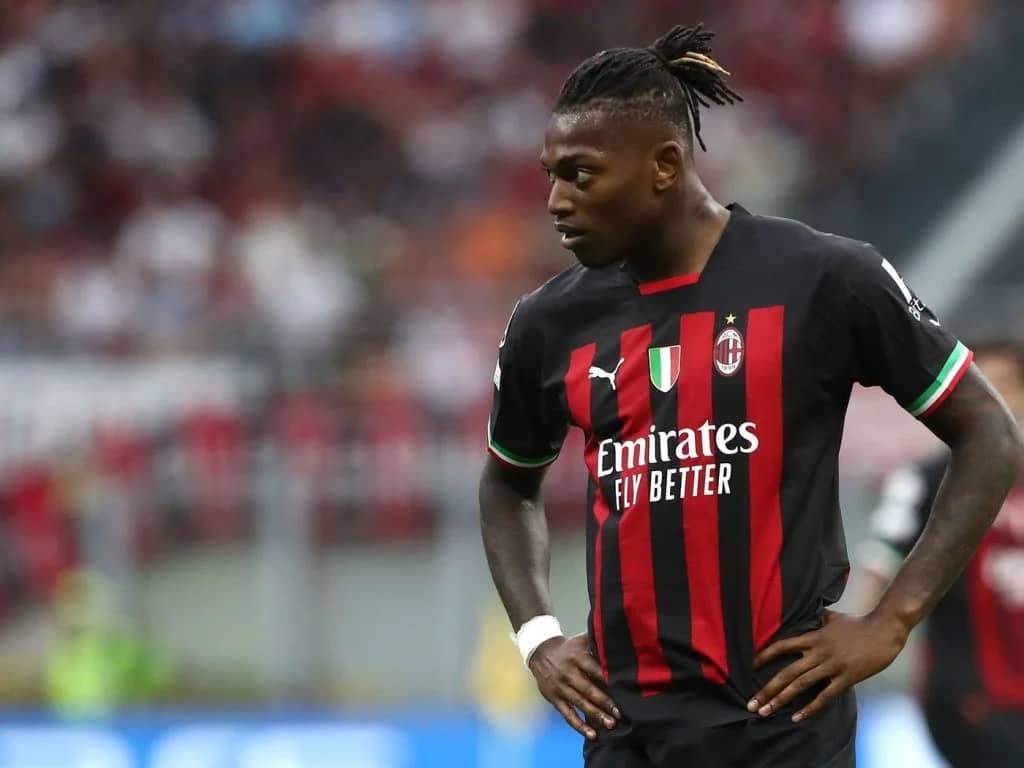 AC Milan forward, Rafael Leao has named Arsenal as the Premier League club he likes amid links with Chelsea and Manchester City.

Leao said he likes watching Arsenal’s matches, adding that Mikel Arteta’s side are playing very well so far this season.

The Portugal international has established himself as a key player for AC Milan since joining the Serie A champions from Lille back in 2019.

His performances for Milan have seen him attract transfer interest from the likes of Chelsea and Man City.

Speaking to RDP Africa [via Fabrizio Romano], Leao said, “I watch many games. This year, I like Arsenal — they are playing very well”.

Leao also addressed his future by revealing he would like to move away from AC Milan in the future.

The 23-year-old added, “Experience in a new league? Yes, in the future… but now I am 100% focused on AC Milan — it is a top club and I am under contract there. I like the city too

EPL: What to expect as second half of Premier League kicks off on Boxing Day