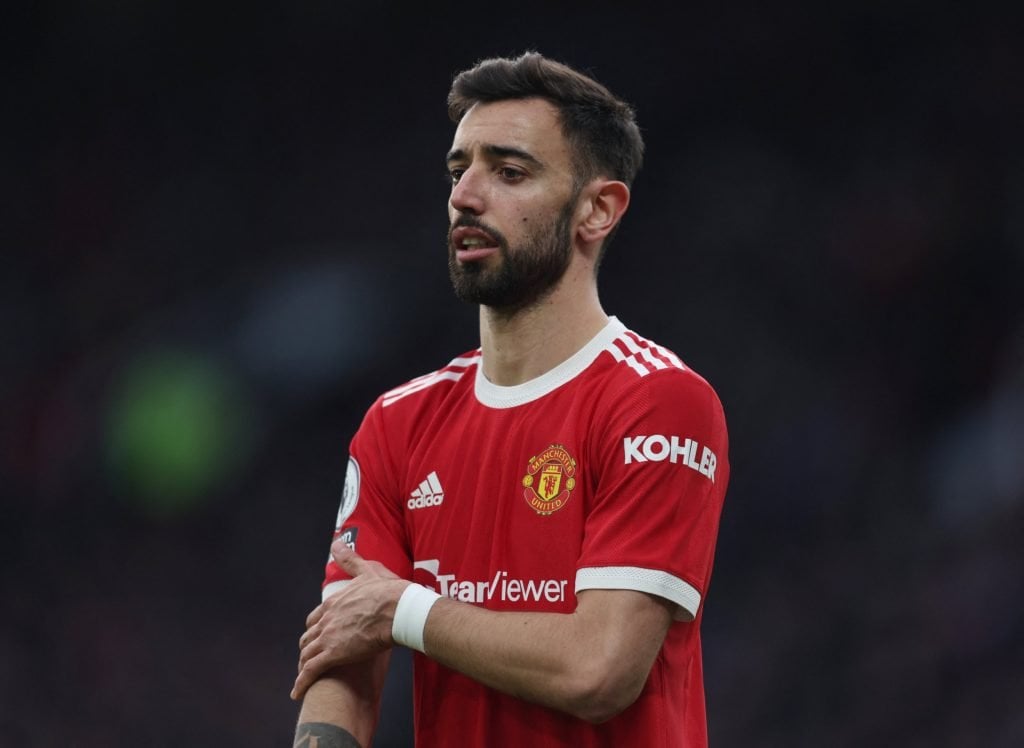 Bruno Fernandes has revealed what he told his Manchester United teammates before the game against Manchester City on Saturday.

The Red Devils came from behind to beat Manchester City 2-1 at Old Trafford and close the gap to third place to just one point.

Fernandes, who scored the controversial equaliser for the Red Devils, was named the Man of the Match after the game.

Speaking after the match, the Portuguese said he had earlier told his teammates that the team is now capable of achieving anything at the moment.

He said that Manchester United now looks like a team.now than a couple of months ago when they were playing more like individuals

Advertisement
Related Topics:EPL: What I told Man United players before 2-1 win over Man City – Bruno Fernandes
Up Next

EPL: Fernandes’ goal should have been cancelled, Rashford was offside – Michael Owen