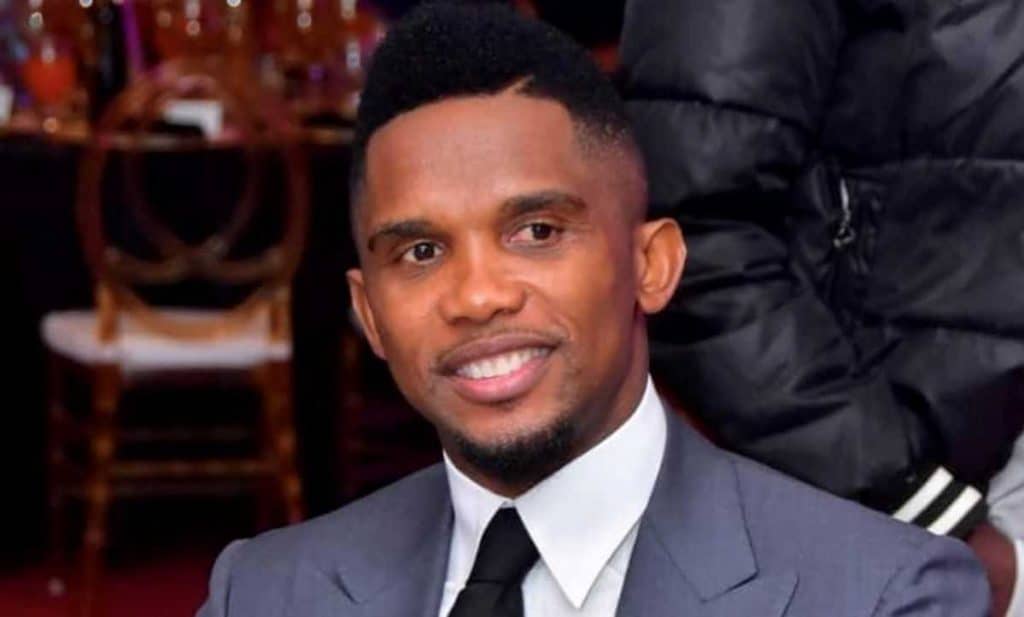 Cameroon Football Federation (FECAFOOT) president and legendary Indomitable Lions striker, Samuel Eto’o, has been filmed appearing to get into a physical altercation after Brazil’s clash against South Korea in Qatar in Monday.

Eto’o had been in attendance at Stadium 974, but got into a row with another man after the round of 16 game.

Footage posted by La Opinion shows Eto’o, who is out in Qatar through his role as World Cup 2022 legacy ambassador – was originally in high spirits as he was taking selfies with fans.

But his mood soon took a sharp turn after an unknown man appeared.

The clip cuts out between the cameraman arriving alongside Eto’o and the FECAFOOT boss returning to confront him, so it’s unclear what was said to the former Barcelona star.

After multiple advances, Eto’o finally broke past people’s efforts to stop him confronting the man, who appeared to still be filming even when he was trying to defend himself.

As the man was bent down, Eto’o appeared to strike him in the face with his knee, knocking him to the floor.

It appears the man was not badly hurt and was helped to his feet by various onlookers.

The clip ends with the cameraman walking away, shouting at Eto’o as he’s pulled in the other direction.

Advertisement
Related Topics:Eto’o Attacks Man Outside Stadium In Qatar
Up Next

Update: My Dad Swore That I’ll Never Become Useful In Life; And He Chased Me Out Of The House – Chiamaka Nnadozie🇳🇬