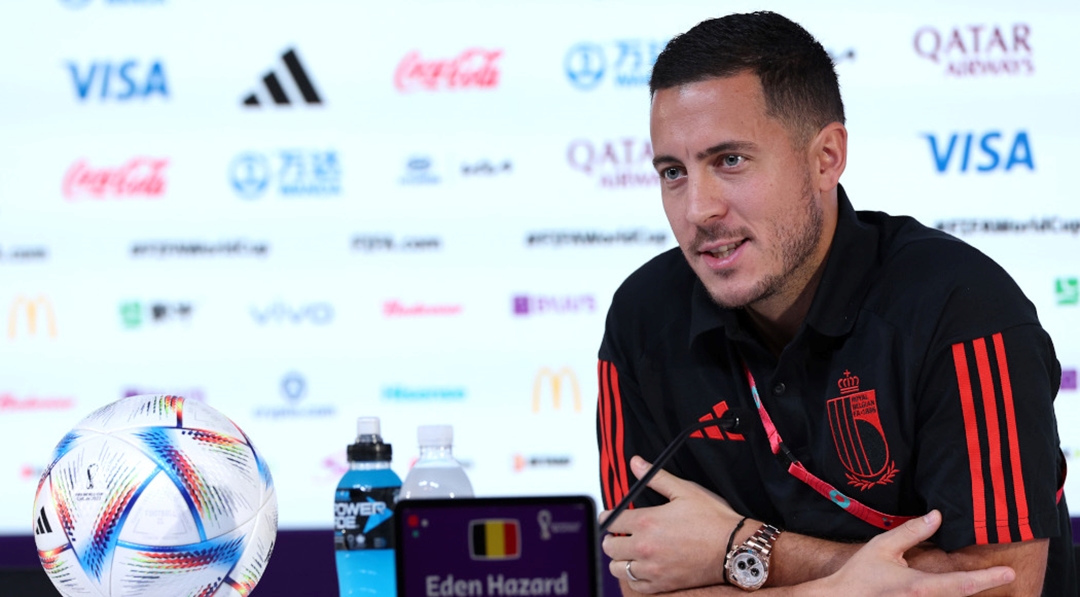 Belgium’s best chance to win the World Cup has passed, according to Eden Hazard, but the team still has the talent and experience to win the trophy in Qatar.

Belgium, which finished third in Russia in 2018, is still ranked second in the world, but many of its lauded “Golden Generation” players are now in their 30s.

“To be fair, I think we had a better chance to win four years ago,” Hazard, 31, admitted.

“The team was better four years ago, but we still have the talent to win games and compete.” We have a few guys, some of whom are a little older now, but we have experience and the best goalkeeper in the world (Thibaut Courtois).

“Right now, we have one of the best midfields in the world.” We have talented strikers. We have the team, and I believe it’s just a matter of desire and mentality.”

“Belgium can win the World Cup if we are in form,” he added. It will be difficult if we do not.”

The Real Madrid forward was unconcerned about Belgium’s struggles in their opening Group F match against Canada, which they won 1-0, but he urged his teammates to play fearlessly.

“You always have a bit of fear in the first match, you don’t always want the ball,” he explained. “Now we have to get over it.” We must not be afraid to dribble or make the decisive pass. That’s what the first match lacked.”

Hazard has struggled to replicate his form at Chelsea since moving to Spain in 2019, but he claims he is able to brush off criticism about his performances.

“There’s always going to be criticism,” he said. “You get chastised even when you play well.” I just try to focus on doing my best for my country and giving everything I have.”

Belgium coach Roberto Martinez was upbeat about his team’s performance, citing a lack of preparation time prior to the tournament in Qatar.

“After three games in the tournament, you’ll see teams gradually getting ready,” he said.

“Instead of having that preparation for a World Cup, for a major tournament where you have three friendlies and four weeks to get everybody in peak condition, the teams need to get ready while they are in the tournament, which is risky because it can cost you points.”

Martinez provided an update on Romelu Lukaku’s fitness, who is recovering from a thigh injury.

According to the Spaniard, the forward will not be available until the third group game against Croatia, as previously predicted.

“He’s ahead of where he should be,” Martinez said. “Unless things go exceptionally well today, I don’t expect him to be involved tomorrow.”

Related Topics:Hazard admits that Belgium's 'Golden Generation' has outperformed itself in Qatar 2022
Up Next

After the draw, Pulisic says the US still has “a lot of work to do.”