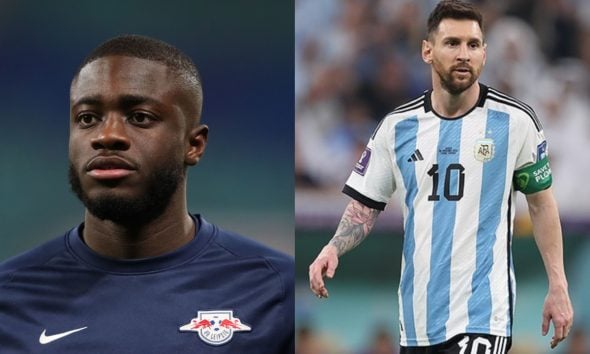 Bayern Munich defender, Dayot Upamecano has snubbed Paris Saint-Germain’s Lionel Messi and named Barcelona forward, Ousmane Dembele as the toughest player he has ever faced in his career so far.

Upamecano came up against Messi in the final of the 2022 FIFA World Cup between Argentina and France last December.

Recall that Argentina defeated France at the Lusail Iconic Stadium on December 18, 2022, to win the 2022 FIFA World Cup via penalties.

Speaking to beIN Sport, Upamecano said: “The most difficult forward I have faced in defence is Ousmane Dembele, No, not Messi.